Shangri-La Hotels, who plan to open their first UK luxury hotel in the London Bridge Tower in 2011, held a star-studded party in London this week. 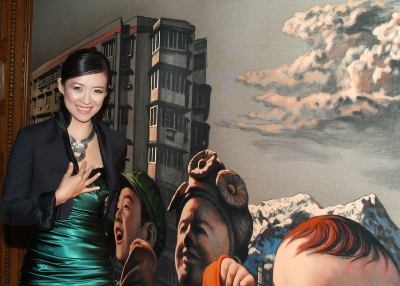 Zhang Ziyi of 'Crouching Tiger, Hidden Dragon' and 'Memoirs of a Geisha' was unveiled as the new 'face' of Shangri-La.

The evening was hosted by Martin F Waechter, executive director of the group, at Lord Astor's grand former private residence. Guests enjoyed a preview of the Chinese contemporary art exhibition 'From Mao to Now'.

The Shangri-La Hotel at London Bridge Tower (aka Shard London Bridge or the Shard of Glass) will be the tallest hotel in Europe when it opens in 2011.

Hoardings have recently appeared close to the London Bridge Tower construction site and it is understood that preparatory works are under way prior to the vacation of the existing Southwark Towers building by PricewaterhouseCoopers.