Tycoon takes over the Bargehouse at Oxo Tower Wharf

Tycoon, ITV's new business reality show, made its TV debut this week. The series is based in the Bargehouse at Oxo Tower Wharf on the South Bank. 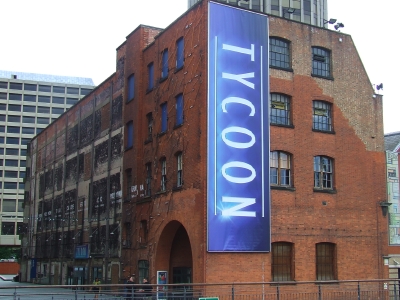 Multi-millionaire Peter Jones (known for his appearances on the BBC's Dragons Den series) selected the six entrepreneurs who have been living and working in The Bargehouse – dubbed 'Tycoon Tower' by the programme-makers.

"This series is a personal challenge and risk for me as well as the entrepreneurs," says Peter Jones.

"We're all working in the same building, Tycoon Tower, and I'm on their case daily. I even have a webcam so I can see who's working hard."

Tuesday night's debut episode was described as a "flop" by the TV trade press after overnight ratings revealed it attracted less than two million viewers.

The contestants are selling their products in a shop on the ground floor of the Bargehouse. The shop is open 10am-6pm on weekdays until Tuesday 17 July.

• Tycoon can be seen on ITV1 on Tuesdays at 9pm