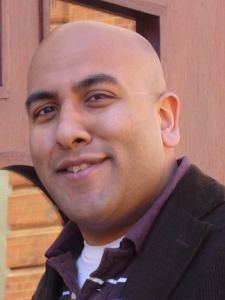 The by-election for the seat on Southwark Council has been called following the resignation of Liberal Democrat Paul Baichoo.

"I am proud to have been selected as the Conservative candidate for the by-election," says Rahoul Bhansali.

"I have lived in Bermondsey for almost a decade and am proud of what this area has to offer to people from all walks of life."

Bhansali was one of party's candidates in Chaucer ward at the 2002 and 2006 local elections.

"I passionately believe that local people must stand up and get involved in the running of the area's affairs and not leave decision making to outside interests," says Bhansali.

"My team and I will be fighting the Mayor's threats to compulsory purchase the Council's interest in land at Potters Fields. I'll also be fighting to make sure we keep Section 106 planning gain money from developers locally and not allow it to be diverted to other parts of the borough.

"I intend to set forth a positive agenda of change that can improve our area. But we can only improve people's lives if we're getting a fair share of resources. Southwark needs its fair share of Police Community Support Officers. It's a scandal that other boroughs with less crime and anti-social problems receive more help."

At the last local election in 2006 the Conservatives registered the biggest growth in support of any political party in Riverside ward. Their top-placed candidate received 488 votes compared to 174 in 2002.

The Labour Party and the Green Party both also registered significant gains in support in Riverside ward in 2006 compared to 2002, so this by-election is likely to be keenly contested by all parties – especially as anything other than a Lib Dem hold would be a severe embarrassment to council leader Nick Stanton, who – along with Eliza Mann – also represents Riverside on the council.