After a hard-fought campaign both Labour and the Liberal Democrats have retained their previously held territory in North Southwark. But the final picture won't be known till next month. 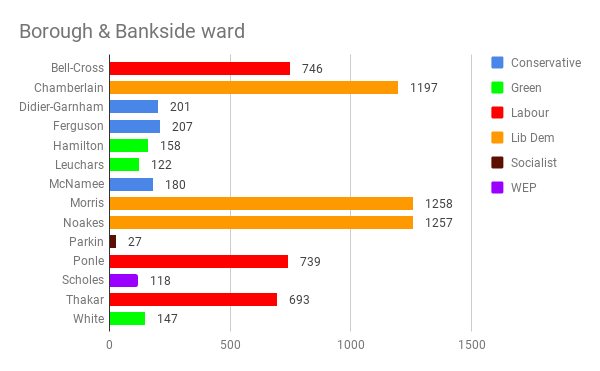 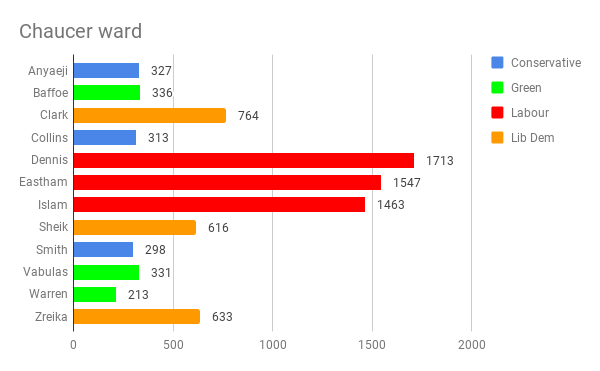 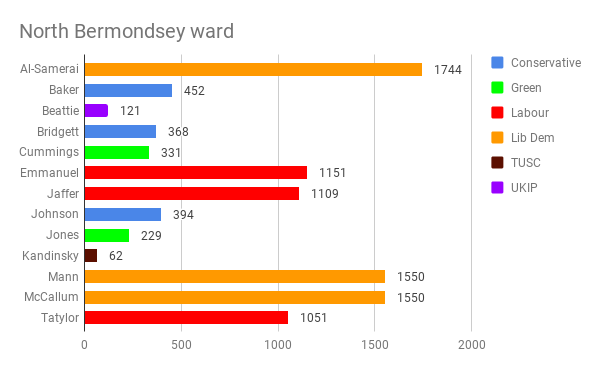 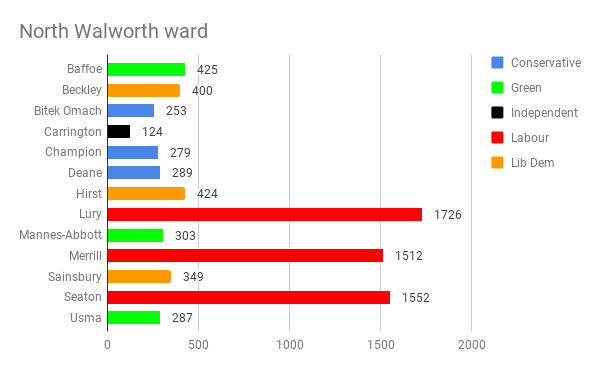 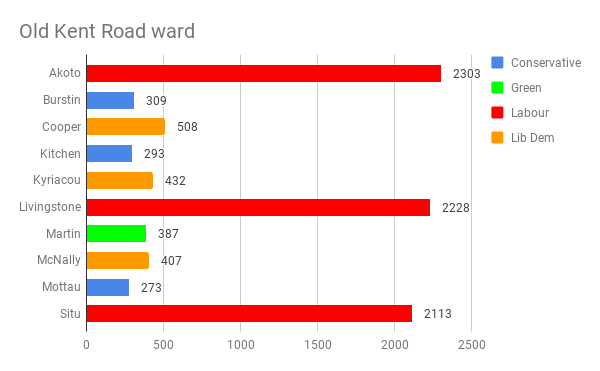 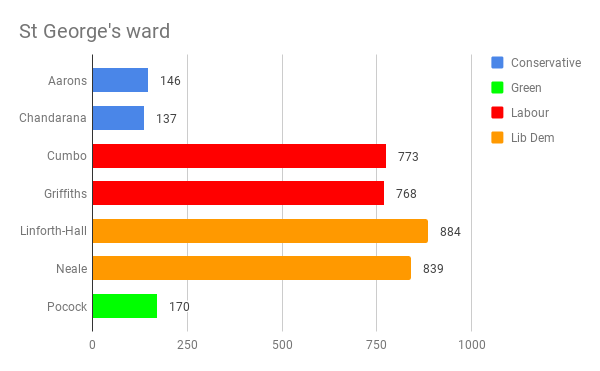 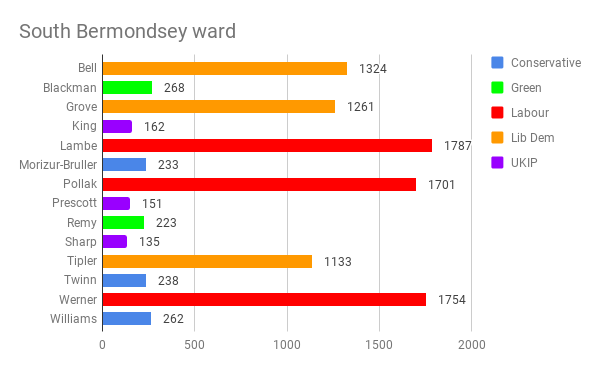 At the end of the night 60 seats across the borough had been declared, with 49 going to the Labour Party and 11 held by the Liberal Democrats.

New ward boundaries have been used at this election, with 23 wards instead of 21 and a mix of two-member and three-member wards.

For the first time since 1965 Southwark Council has no Conservative councillors, and the Lib Dems have lost their East Dulwich seats, giving Labour a clean sweep south of Elephant & Castle.

The exact composition of the council will be determined by the results of the London Bridge & West Bermondsey election on Thursday 14 June.

This new ward has been created from the northern half of the old Cathedrals ward.

Chaucer ward's boundaries have changed a little this time, losing territory north of Newcomen Street. Bermondsey Square has also moved out of the ward.

The death of Conservative candidate Toby Eckersley means that voters in this ward must wait till Thursday 14 June to pick their new councillors.

The ward is mostly what we used to know as Grange ward, with the addition of the section of riverfront from London Bridge to Tower Bridge which used to be part of Riverside ward.

At midnight on Friday morning the returning officer invited those assembled for the election count to observe a minute's silence in memory of Mr Eckersley.

This ward replaces the old Riverside seat, and now stretches from Tower Bridge to King's Stairs Gardens and south to the railway line.

Formerly East Walworth ward, this seat is mostly in SE17 but includes the Elephant & Castle Shopping Centre site in SE1. The Draper Estate and the Strata SE1 tower south of the Elephant have moved into this ward from Newington.

This new ward runs from Tesco at Dunton Road in the west as far as the railway bridge across Old Kent Road in the east.

This is a new two-member ward centred on St George's Circus which has been carved out of the southern half of the old Cathedrals ward.

Former Cathedrals Lib Dem councillor Maria Linforth-Hall has been elected here, joined by Graham Neale who has served twice on the council before.

South Bermondsey has gained territory in the west from Grange ward, and lost the streets south of Rolls Road.