35-year-old Shad Thames resident Cormac Hollingsworth is to be the Labour Party's candidate in the Riverside ward by-election on 13 December. 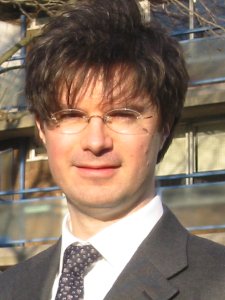 Labour's members in Riverside ward met on Thursday night to select Cormac Hollingsworth as the their candidate in the forthcoming by-election to replace Lib Dem Paul Baichoo on Southwark Council.

Hollingsworth stood for election in Riverside as a Labour candidate in the 2006 election and achieved fourth place with 652 votes. The winning Lib Dem candidates polled 1080, 1027 and 988 votes.

Labour is keen to highlight that their man is the only candidate – of the three declared so far – to live in Riverside ward.

Hollingsworth – who has a blog called Riverside Views – works in the city and attends a local church with his wife Anna.

As a community activist Hollingsworth played a key part in the campaign against the proposed lapdancing club in Tooley Street and has worked with the Four Squares Tenants' and Residents' Association to combat the estate's anti-social behaviour crisis.

"People are fed up with being taken for granted by their lazy Lib Dem councillors in this ward," says Cormac Hollingsworth.

"They're eager for change. I've worked hard for this community as a resident and will continue to do so, but now I want to take it to the next level, to give the people of Riverside the kind of representation they deserve."

Southwark Labour leader Cllr Peter John – himself a Riverside ward resident – said: "Cormac is the best candidate we could possibly have for this by-election; he's very able and absolutely committed to the area.

"He's such a stark contrast from the Lib Dems' candidate who does not live in the area and has shown no commitment to Riverside as well as being another close friend of Simon Hughes, just like Paul Baichoo."

"This by-election will not be easy for Labour, but a win in Riverside could spell the end of Nick Stanton and his arrogant, sleazy Lib Dem Tory coalition for good."