Disillusioned Tory to stand as independent in Riverside by-election

Fernando Grace, who stood as a Conservative Party candidate in Riverside ward last year, is to contest the 13 December by-election as an independent candidate. 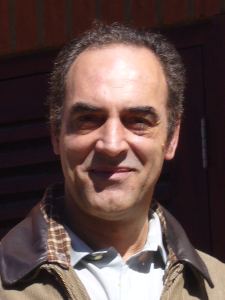 Fernando Grace is the fourth declared candidate in the Riverside by-election to be held on Thursday 13 December.

Grace (aka Graça), who is originally from Portugal and has lived in London since 1990, received 437 votes in Riverside ward in last year's local elections.

He claims that the Conservatives' strongly improved results in Riverside between 2002 and 2006 were due to his door-to-door canvassing during the campaign.

A resident of Riverside ward, Grace says that he regularly attends local community meetings and takes action on local issues.

Grace says that he will be publishing his local manifesto once the returning officer publishes the list of candidates in the by-election. The deadline for completed nomination papers to be returned to the Town Hall is 12 noon on Friday.

Meanwhile Conservative candidate Rahoul Bhansali says that he is very pleased with his campaign so far. "Our positive message has met with a good response from people on their doorsteps and at residents' meetings.

"What is not going down well is the deluge of leaflets through letterboxes from the other parties attacking each with increasingly harsh words. The opposition seems to be obsessed with personalities rather than positive policies.

"I am sick and tired of the 'Punch & Judy' politics played by the other political parties. There is a better way."

The Conservative candidate has revealed his four election pledges:
• Protect Riverside's green spaces from overdevelopment
• Keep council tax rises below inflation until 2010
• Campaign for a fair share of police resources for Southwark
• Campaign for door entry systems on all our estates to make them safer

Writing on his Riverside Views blog, Labour's Cormac Hollingsworth says that his party's message is being well received by the voters: "Response on the doorstep is people want to vote for a local councillor that is going to work hard for them."