The Morley Chamber Orchestra founded by Michael Tippett will this week celebrate 75 years of orchestral playing with an anniversary concert at St John's Smith Square. 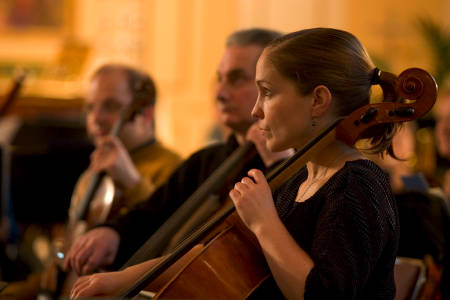 The programme will feature works by composers from the long list of those who have worked at Morley College, a virtual who's who of British Music, including such giants as Michael Tippett and Gustav Holst.

Now under Charles Peebles, the Morley Chamber Orchestra needs new members if it is to continue its long and distinguished history. It is rare within the orchestral world to find an adult education orchestra and fitting that, through celebrating 75 years of its history, this performance will help raise the orchestra's profile, attracting new people and ensuring its success for years to come.

Michael Tippett, Morley's director of music, created an orchestra at the Westminster Bridge Road college for unemployed cinema musicians made redundant by the arrival of the talkies.

The orchestra was involved in a number of interesting events in those days, not least the unofficial premiere of Tippett's breakthrough work, his Concerto for Double String orchestra. Tippett involved the orchestra in a number of works of the time including Stravinsky's violin concerto, written a year before the orchestra's foundation in 1931.

During its long history the orchestra has played with a number of distinguished conductors, including an extended period with Lawrence Leonard. Holst first arrived to teach at Morley exactly 100 years ago in 1907. His one-act comic opera, ‘The Wandering Scholar', was one of his last completed works and forms the centrepiece of the performance on Thursday.

Michael Tippett's Divertimento on Selinger's Round took as its starting point a piece he contributed to an unusual composite work written in collaboration with five other composers for the Aldeburgh Festival in 1953. This was written just after he left Morley and opens the programme. To round off the evening, and to keep a connection with place, they will play Haydn's final symphony, the so called ‘London', the last of a set of 12 written for this city, and premiered here in 1795.

• The concert will take place at St John's Smith Square on Thursday 6 December at 7.30pm. Details at www.morleycollege.ac.uk/mco