North Southwark and Bermondsey MP Simon Hughes has told the House of Commons that his constituents who are tenants of the Guinness Trust find their landlord "lousy and unresponsive". 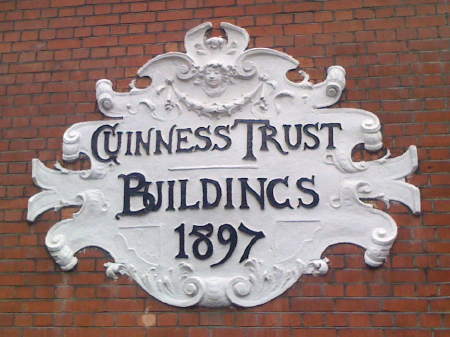 Mr Hughes criticised large housing associations for their poor service and lack of accountability during the second reading of the Housing and Regeneration Bill in the House of Commons on Monday.

"For years, the tenants of Guinness Trust properties in my constituency – one near London Bridge and Guy's Hospital at Snowsfields, one off the Old Kent Road at Page's Walk, and one in Kennington – have felt that the service has been lousy and unresponsive," he told the House.

"The chief executive comes to meetings. He is a nice man and he makes lots of promises, but he does not deliver on them.

"The same applies to the Peabody Trust, which is also based in my constituency. It is a good organisation, but often has not delivered. Housing associations, particularly the bigger ones, often fail.

"That is why council housing is a good thing. I would hope that a Labour Government would share that view."

Mr Hughes also told the house that he believes that he is still the Member of Parliament who represents the largest number of council tenants – about 40,000 – who live in two thirds of all the homes in the North Southwark and Bermondsey constituency.

A further 10,000 people in the constituency have bought under the right to buy and are leaseholders of the council.

"People would often rather be a council tenant than a tenant of a housing association, because councils are often much more accountable to their tenant," said Mr Hughes. "At least with councils, tenants can kick out the management every four years."

We asked the Guinness Trust to respond to Mr Hughes' remarks.

"The Guinness Trust deeply regrets the comments made about our performance by Simon Hughes in the recent House of Commons debate," says group director Jeff Baker.

"We have spent several million pounds in the last three years in fully modernising our Page's Walk estate in Bermondsey, with new kitchens, bathrooms, heating, double glazed windows and environmental improvements. The works were carried out in full consultation with our tenants, and post-works surveys show that the level of satisfaction was extremely high.

"At Snowsfields we are installing new central heating and will soon be modernising bathrooms to complement the already modernised kitchens. On both estates we have local caretaking and housing management staff who are responsive to tenants' needs. Senior managers attend meetings with residents from time to time and always take action to deal with any complaints.

"Guinness Trust officials meet with Mr Hughes when invited and we are always available for discussions. Our main priority is always the well-being of our residents."