Dockhead Fire Station to be demolished and rebuilt

Dockhead Fire Station, which appeared in popular TV drama London's Burning, is to be demolished if a planned private finance initiative scheme goes ahead. 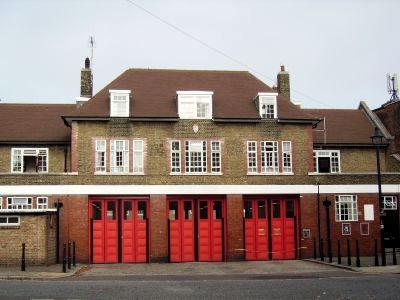 Last month the London Fire Brigade (LFB) held an exhibition of its proposals for the site on Wolseley Street in Bermondsey.

The brigade hopes to rebuild the fire station as part of a £52 million private finance initiative (PFI).

The building – which dates from 1928 – is better known to millions of TV viewers as Blackwall Fire Station in the ITV drama London's Burning.

The existing building has three bays but currently only houses a single fire engine.

The new 3-storey building designed by Jacobs would have capacity for two fire appliances.

A meeting room would be provided for local community use.

Part of the extensive yard at the rear of the fire station will be built on to provide training facilities and a recharging centre for breathing apparatus.

The LFB also plans to make the facilities at Dockhead available for use as a satellite station by the London Ambulance Service.

A detailed planning application is due to be submitted to Southwark Council soon.