The funeral of 14-year-old David Idowu, fatally wounded on the Tabard Gardens Estate in June, was held on Wednesday at the church of St George the Martyr in Borough High Street. 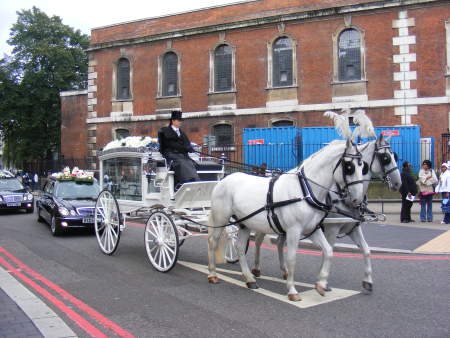 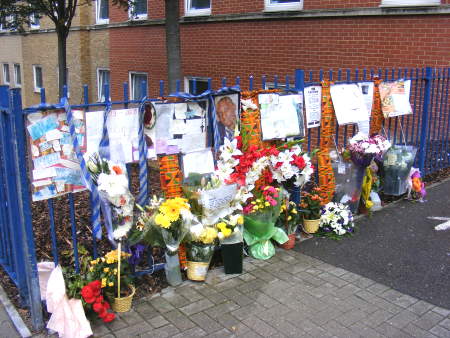 The flag on the roof of the church of St George the Martyr was flown at half-mast for the service which was led by the parish priest, Fr Ray Andrews.

North Southwark and Bermondsey MP Simon Hughes was among the mourners at the funeral service.

Before the service flowers were laid at the corner of Great Dover Street and Becket Street, close to the point where David Idowu collapsed on 17 June having been stabbed in the chest. He died on 7 July in the Royal London Hospital.

After the service David's coffin was taken in a horse-drawn hearse for burial at Camberwell New Cemetery.

In line with Nigerian custom, David Idowu's parents Tim and Grace did not attend the funeral.

The funeral took place on the same day that a 16-year-old youth from Catford appeared at the Old Bailey charged with murder. The trial will begin on 24 November.

Last month David Idowu's parents led a march from Great Dover Street to 10 Downing Street to deliver a letter to Gordon Brown calling for Government action to halt the knife crime that has claimed so many young lives in London this year.