Kate Hoey MP has opened the improved Hatfields Green on the eastern edge of her Vauxhall constituency. 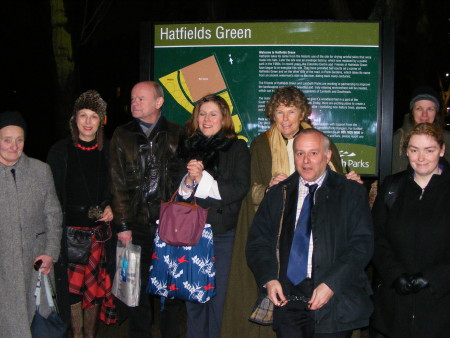 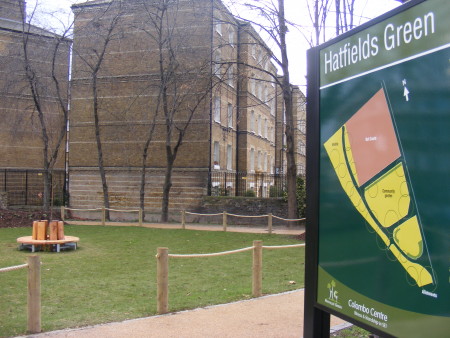 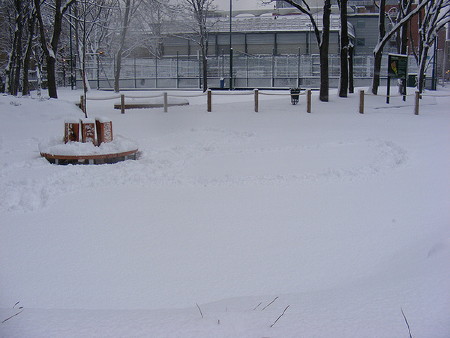 Hatfields Green under a blanket of snow on Monday

Two years ago Hatfields Green received £50,000 from the London Nautical School which kick-started work on the long-neglected garden which adjoins the borough boundary between Lambeth and Southwark.

Improvements to the green have been championed by the Friends of Hatfields Green which is supported by local residents and businesses.

After the ribbon-cutting ceremony the Practical Law Company opposite hosted a reception which was followed by the Friends group's AGM.

Reviewing the past year, outgoing chair Tamsin Ogilvie said that the pruning of trees had brought more light to the site. But she regretted Southwark Council's decision to grant planning permission for a 13-storey building in Hatfields where most buildings are five storeys. This she said would have a serious effect on the green and houses in the Roupell Street conservation area.

Among those present were Cllr Peter Truesdale, Stuart Murray of the Practical Law Company, Carla Diego from Groundwork who had worked with the landscape architect, Joyce Bellamy from the Metropolitan Public Gardens Association, Helen Firminger and Heather Carter from Bankside Open Spaces Trust and Ricci Blackman from the Colombo Centre.