A team from the London Marathon headquarters in Southwark Street won this year's Better Bankside pancake race in Montague Close. 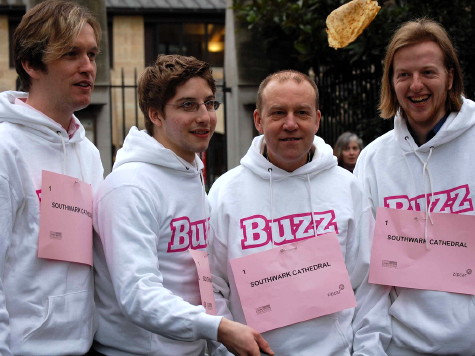 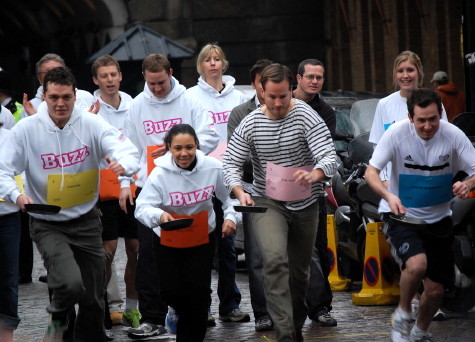 The hotly contested race gets under way (Photo: Eleanor Marriott) 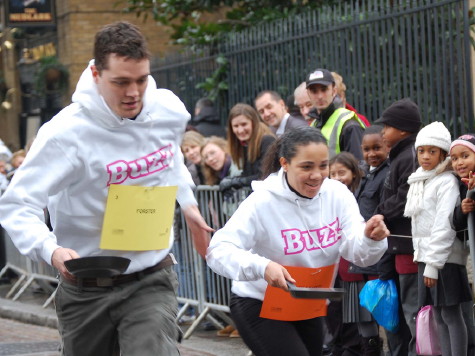 A passing party of schoolchildren stopped to watch the action (Photo: Eleanor Marriott) 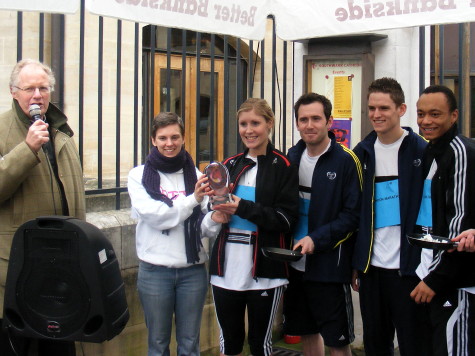 This Shrove Tuesday event is now its its third year and the drizzle didn't deter an enthusiastic crowd from turning up to cheer on the participants.

The race was held in aid of Paintings in Hospitals, the charity which runs the Menier Gallery on Southwark Street. They plan to use the funds raised at the event to expand their collection of works suitable for childrens' hospitals.

The London Marathon becomes the third custodian of the trophy specially created for the race by London Glassblowing. The 2007 winners were Malcolm Pawley Architects and last year's champions were Medicare First.