Shrove Tuesday was celebrated in SE1 with pancake races at Borough Market and London Bridge City, and a Mardi Gras bike parade through the backstreets of Bankside. 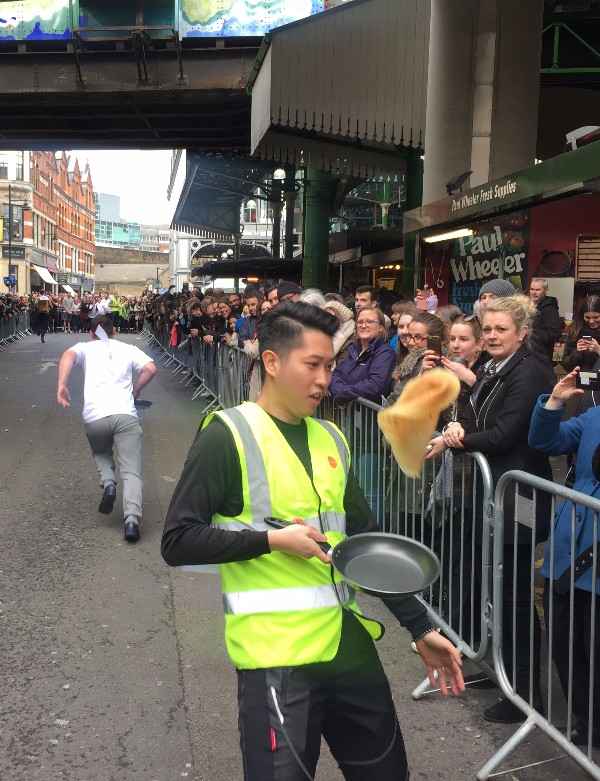 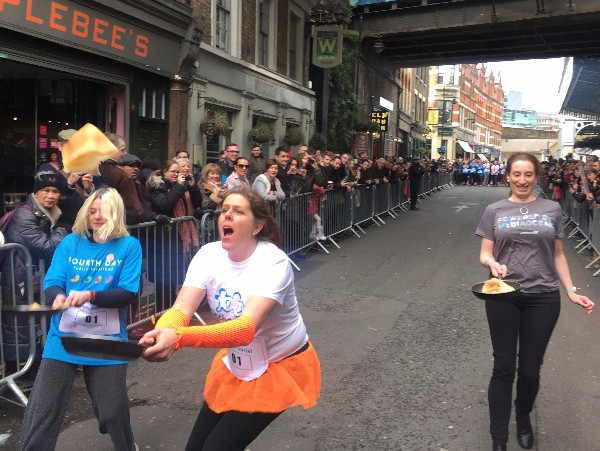 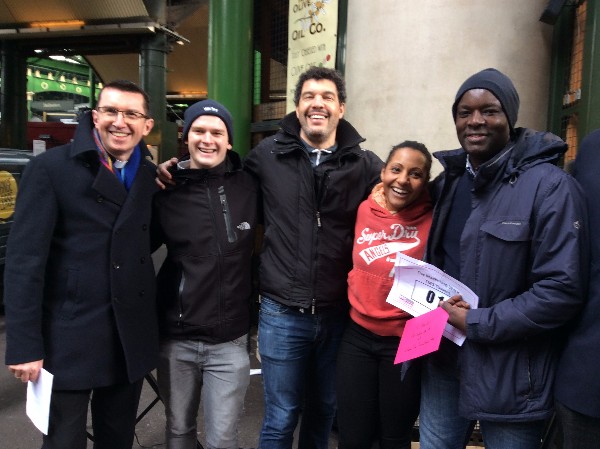 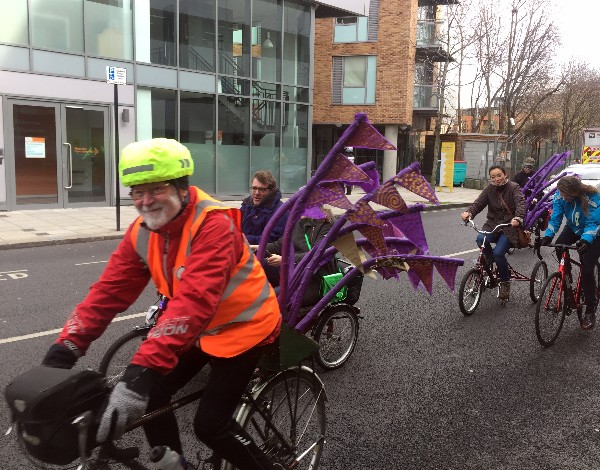 Canon Michael Rawson, sub dean of Southwark Cathedral, presided over the races which were won by the team from The Marketing Store.

New for 2017 was the Borough & Bankside Mardi Gras event which saw a parade of bicycles make its way through local streets carrying banners created at the Stones End Day Centre and Blackfriars Settlement, as well as pancake-related fun and games at the parade of shops in Great Suffolk Street.

In Price's Street, chefs from the OXBO Bankside restaurant at the Hilton London Bankside served up free pancakes to passers-by and collected donations for Cancer Research UK.