A new nursery has opened in the unlikely setting of a former pub in Law Street. Leo's Den offers NurseryCam which allows parents to watch their children at play. 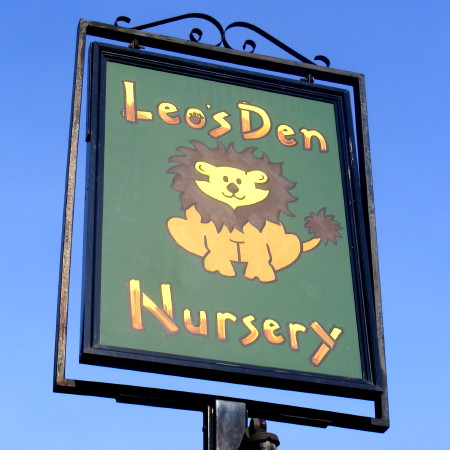 Ruse Too – a sister to the Ruse bar in Borough High Street – was run by staffing agency Capital People.

Capital People – which is based in London Road – has been in Southwark for 12 years and supplies staff to many local hotels and restaurants. Now the firm has diversified into the nursery business.

Managing director Tony Hailwood says that he came to realise the need for local childcare from staff on his agency's books who struggled to find convenient, affordable provision for their children. Ruse Too, like many London backstreet pubs, was struggling, so the firm decided to embark on the new venture.

The pub – originally the Golden Fleece – has been transformed into a nursery school capable of taking up to 32 children aged 2 to 5. Local companies and artists have been involved in the transformation of the bar into a jungle-themed education and play area. The former beer garden provides valuable outdoor space.

The Ofsted-registered nursery is managed by Jenny Gagg who has 15 years' experience at the Guy's Hospital Nursery.

Leo's Den claims to be the first in South London to use the NurseryCam service which allows anxious parents to watch watch their own children during the day via a password-protected web page.

"It's a good tool for parents," says Jenny Gagg, who says that it demonstrates the nursery's open, honest approach.

Tony Hailwood concedes that some may be concerned at the 'Big Brother' implications of NurseryCam but he believes that such CCTV systems will become more common in future.

Hailwood also has plans to develop a long-term link with a nursery serving a disadvantaged community in Cape Flats, South Africa. SE1 children at Leo's Den will be able to communicate with their peers and share experiences via webcams.

The standard rate is Ł40 per day or Ł175 per week. Capital People says that it is happy to work with its clients and local companies/organisations to arrange flexible cost-effective childcare. Leo's Den accepts childcare vouchers and is looking at company payment arrangements.

Parents and their children are welcome at an open day on Saturday 28 March from 10am to 4pm.