An innovative project to build new council-rent homes in Bermondsey has put its operations on hold amid claims that Southwark Council has failed to provide promised funding. 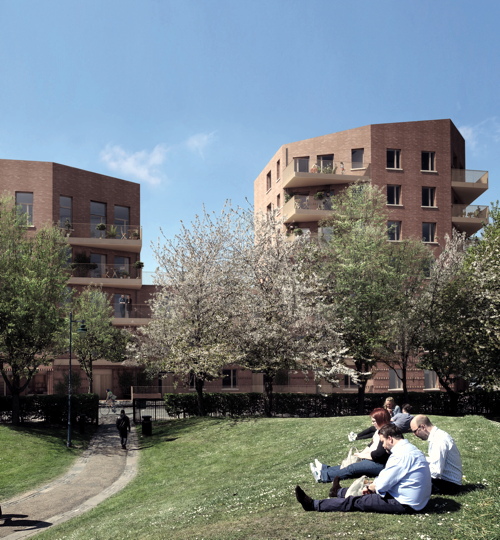 This summer the Leathermarket Community Benefit Society (CBS) – a spin-off from the Leathermarket JMB tenant management organisation – submitted a planning application to build 27 new homes on the site of some garages on the Kipling Estate in Weston Street.

It is also planning a further development on the former Joseph Lancaster Nursery site on the Lawson Estate, Deverell Street.

This week the CBS published a statement on its website which said: "It is with great regret that Leathermarket Community Benefit Society has announced that it has suspended its operations with effect from 1 October 2015 due to the failure of Southwark Council to provide the funding it has promised in time."

In September 2014 Southwark's cabinet agreed to work in partnership with Leathermarket CBS as part of the borough's plan to build 11,000 new council homes.

The resident-led housebuilding project has received initial funding from the Greater London Authority, Leathermarket JMB, Community Land Trust and United St Saviour's Charity – but the CBS says that Southwark Council has failed to make good on promises to provide funds for the organisation to continue to operate this year.

Leathermarket CBS chair John Paul Maytum MBE said: "I can't begin to say how disappointing this is, not just for those of us at the centre of the CBS but for those families who have worked with us to build up the plans for these much-needed new council-rent homes and are hoping to move in when they are built.

"We know that every month of delay at this stage puts these families a month further away from getting the home to suit their needs.

"This has been a deeply frustrating process for us and, despite a series of meetings with the most senior councillors and their teams, the senior officers at Southwark Council seem to have been unable to turn the politicians' assurances into the action that we need.

"I hope we will be able to resolve this situation by the end of the year and get everybody back on the move again. We owe that to everybody who has put so much in so far to deliver the quality new council-rent homes that our community needs."

Cllr Mark Williams, cabinet member for regeneration and new homes, said: "We appreciate this has taken a little longer than anticipated but given the unique nature of the transaction, which we have never undertaken before, we have had to make sure we get the governance right under the council's constitution, as without this it would put all parties at risk.

"This situation is being dealt with as a priority and I have instructed officers to ensure that a formal decision will be made by the end of the month."

• The decision-making process on the CBS's planning application for the Kipling garages site (15/AP/2721) is unaffected by the latest turn of events.