Southwark Council has failed to strike a deal with Lend Lease for the regeneration of Elephant & Castle despite two years of exclusive negotiations. 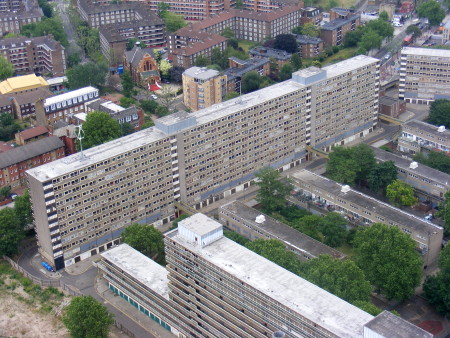 In April we reported that the exclusivity agreement between the council and the developer would end on 1 July.

The date for the signing of the agreement has slipped repeatedly ever since Southwark Council first selected Lend Lease Europe as its preferred development partner in July 2007.

The deal will determine the future of a vast swathe of land which includes the Elephant & Castle Shopping Centre and the Heygate Estate.

Last month council leader Nick Stanton told the London SE1 website that he was "reasonably confident" that the parties would be "close to a substantive deal" by 1 July.

Now July has arrived and the council says that it is still in negotiations with Lend Lease.

"The intention was to reach contractual agreement by that date," said a council spokesperson. "However this has been made more difficult by the current financial recession. We are confident that the market will recover over the medium term and, for this reason, discussions between the council and Lend Lease continue. This is to explore whether it is possible to reach an agreement that is consistent with the procurement process."

The current process began more than five years ago when the Elephant & Castle masterplan was agreed. At the time it was described by the council as "a watertight proposal that is both ambitious and deliverable".

"The people of Southwark know the commitment this council has to regenerating an area that is at the heart of London," says Cllr Nick Stanton.

"The recession has been a huge setback for us but it has not diminished our commitment, enthusiasm and determination to ensure that Elephant and Castle becomes a jewel in the crown of Southwark, and therefore of London."

Cllr Stanton's claim that the recession has held up the Elephant deal stands in contrast to the more optimistic assessment made a year ago by Nigel Hugill, who was at that time chairman of Lend Lease Europe.

Opposition politicians have accused the council's ruling Liberal Democrat/Conservative administration of "dithering" and a lack of leadership.

Southwark Labour's regeneration spokesman Cllr Chris Page said: "It seems that barely a month goes by that the Lib Dem/Tory executive doesn't miss another deadline for the Elephant & Castle. But this isn't something that can just trundle on. A deadline isn't a deadline if it simply gets pushed back and pushed back; there has to be a point at which the executive says enough is enough.

"People around the Elephant & Castle have been waiting for years to see this regeneration plan put into practice, but again and again the scheme has been hit by delays caused by council dithering before a spade has even been planted in the ground.

"The Lib Dem/Tory executive which runs the council has simply run out of steam. The deal is still up in the air but there is still a real lack of leadership from the executive. The danger for residents is that local people's needs are no longer the council's top priority. We are pushing to make sure that local voices are heard in the Town Hall."

The question of Elephant & Castle is likely to figure prominently in exchanges across the council chamber when Council Assembly, a meeting of the borough's 63 councillors, is held next Wednesday.

"My main concern is that the area is continually deteriorating while we wait seemingly never endingly for the commercial redevelopment to begin," says Val Shawcross, Labour member of the London Assembly for Lambeth and Southwark, who has invited Mayor of London Boris Johnson to tour the area later this month.

"Southwark Council should try to help the local businesses left again uncertainly struggling in the shopping centre and Transport for London should begin works to improve the roads and streets anyway."