Archbishop's Park in Lambeth is one of 217 London parks to receive a Green Flag Award. Bermondsey's Spa Gardens has also gained the same distinction for the second year running. 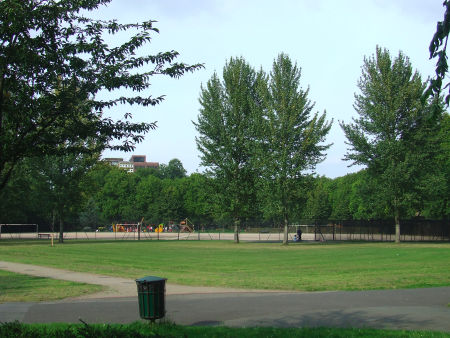 The Green Flag Award is the national standard for parks and green spaces in England and Wales. Only green spaces that are free to enter and open to the public are eligible to win. The award is a sign to visitors that a park has met strict criteria, which among other things require it to be a clean, safe and welcoming place to spend time.

Green Pennants are awarded to open spaces managed by voluntary and community groups. Recipients this year include Red Cross Garden which is run by Bankside Open Spaces Trust.

Potters Fields Park, which received a Green Pennant last year, has retained the honour in 2009.

Spa Gardens in Bermondsey received a Green Flag for the first time in 2008 and has achieved the same award this year.

Another new entrant in the list of Green Flag holders is Paterson Park in South Bermondsey which reopened in 2007 after major refurbishment.

The awards will be presented this week by Michaela Strachan at the Pavilion in Bournemouth.

"I want to congratulate everyone involved in the creation and upkeep of these award winning green spaces," says housing minister Ian Austin.

"It's obvious from the number of winners we have this year that green spaces across England and Wales are continuing to improve at an impressive rate. I'd also like to thank all the volunteer judges who continue to make this scheme possible.

"Green spaces provide us all with some free space to have fun and relieve the stresses of modern life whether we want to enjoy a picnic, play some tennis or just sit back and relax. The Green Flag Award scheme is rewarding our best green spaces and encouraging others to achieve the same high standards."

The awards scheme was formerly run by the Civic Trust. It is now supported by the Department for Communities and Local Government (CLG) and run by a consortium of Keep Britain Tidy, GreenSpace and BTCV.