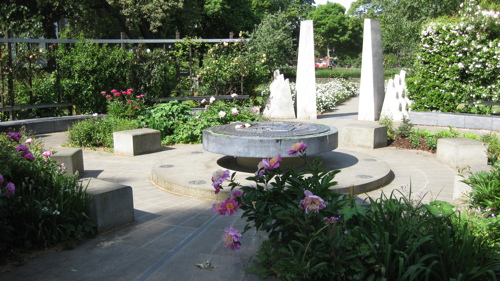 Green Flag parks are judged to be welcoming, safe and well maintained with the strong involvement of the local community. The award scheme is the national benchmark for quality parks and green spaces.

Eight SE1 open spaces have received awards this year – four managed by Southwark Council, two run by Lambeth Council, one cared for by Bankside Open Spaces Trust and another tended by an independent trust:

Cllr Barrie Hargrove, Southwark's cabinet member for transport, environment and recycling, said he was "absolutely delighted" by the borough's success.

"This is the fifth year running that we've been awarded flags which is a fantastic achievement particularly in light of the severe budget cuts we face. The recognition comes as a result of tireless work from parks staff, our contractors, our Friends of Parks groups and voluntary sector partners.

"Having accessible green spaces where people can enjoy each other's company is important for families and for our community – so I encourage people to make the most of our green spaces which are some of the best in the country."