The Revd Ray Andrews has successfully abseiled down Guy's Tower to raise funds for a Southwark churches' homeless project. 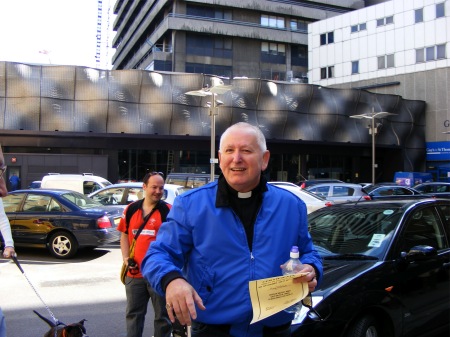 Ray Andrews with his certificate just after landing 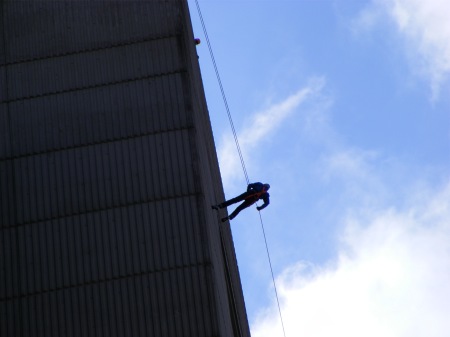 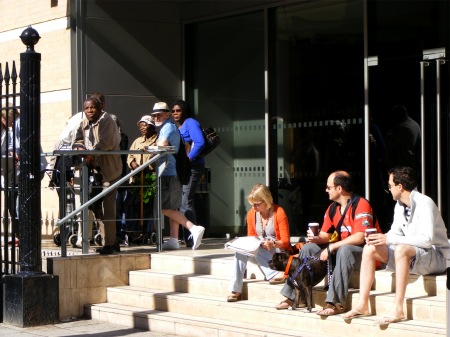 Supporters and sponsors waiting in the early morning sun

The priest in charge of St George the Martyr Church in Borough High Street said that he had been trying to follow instructions and not to drink too much coffee before his early morning descent.

He has promises of over Ł1,400 in sponsorship for Southwark's Robes project which gives shelter to homeless people during the winter.

He was among thirteen people abseiling for charity on Saturday. Guy's offers the highest abseil in Britain.

"Once the money is committed you know there is no choice" said Fr Ray when asked by waiting supporters if at any time he had second thoughts about the abseil.

Later in the morning he was followed by Kes Grant, assistant priest at St Hugh's Church.

Fr Ray's first abseil came at the end of a busy week during which he welcomed comedian Jo Brand to St George's for a television recording to be included in a BBC Songs of Praise programme being broadcast on Sunday 6 September.

Volunteers to help the Robes project will be recruited during the winter.