Nearly 1,300 visitors passed through the doors of John Harvard Library in Borough High Street last Monday when it reopened after a 13-month closure. 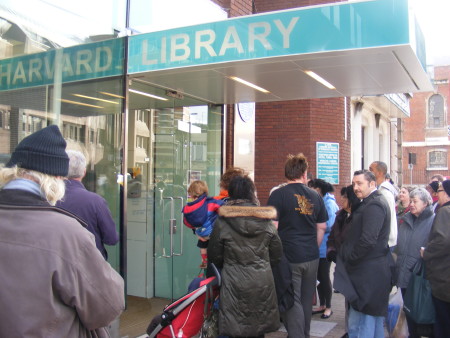 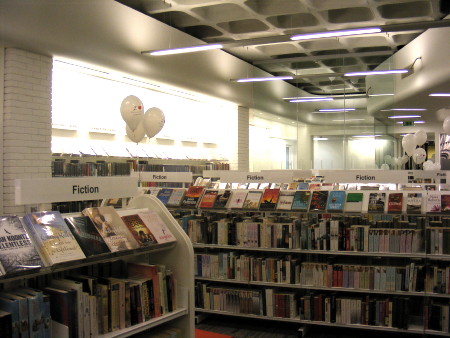 The new-look library has higher ceilings and more space

Records from the first day of the new-look library on Borough High Street (Monday 16 November) also show that the number of items issued on loan was more than double the pre-refurbishment average daily figure.

On its first day nearly 1,300 local residents and workers checked out the results of the library's Lottery-funded transformation. Before its closure the library attracted around 500 visitors a day.

More than 940 books, CDs and DVDs were taken out, compared to an average from the old library of around 400.

"This is a fantastic endorsement of how popular our libraries are in the borough and how much the John Harvard is a much loved and much-used facility," says Cllr Lewis Robinson, Southwark's executive member for culture, leisure and sport.

"We were delighted with the reaction from the public on the day, and also pleased with just how many people used our new self-service system."

Some eagle-eyed visitors noticed the absence the plaque that used to be in the foyer of the library commemorating the 1937 confrontation between Southwark locals and Oswald Mosley's blackshirts in Borough High Street. The council has confirmed that the plaque is in storage and will be reinstated soon.

The Southwark Local History Library will return to the building in early 2010. It is currently based at Peckham Library.