A licence for late night music and alcohol sales in a former supermarket has been granted by Southwark Council despite more than a hundred objections. 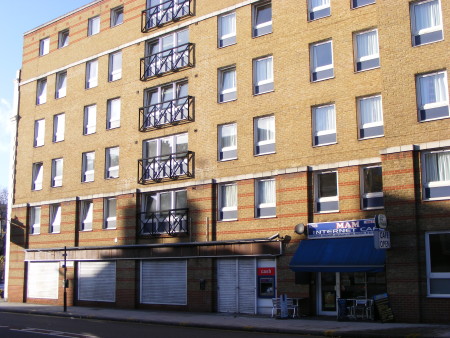 The leaseholders of the former Costcutter at 282-302 Borough High Street next to MAM Cafe & Restaurant successfully applied to Southwark's licensing sub-committee for a late night entertainment and alcohol licence.

Objections were received from residents in nearby Harper Road, Redman House and from the Lant & Bittern Tenants' & Residents' Association.

"There is no question that another late night club would encourage further crime and disorder," stated the TRA letter.

A petition signed by 112 students living at David Bomberg House above the premises was also received and the building's freeholder London South Bank University formally registered an objection.

Despite the unusually high number of objections the application was approved at the Town Hall last Wednesday morning with only minor changes to hours and conditions.

The applicant had asked for live music to be allowed until 1.30am on weekdays and 2am on Friday and Saturday but this was restricted to 11.30pm and 1am.

The committee refused to permit a request to allow late night off sales of alcohol.

Southwark's planning enforcement officers are also monitoring the situation as planning permission is required in addition to the premises licence.

"A planning contravention notice was served, however response only obtained from freeholder (Southwark University [sic]) and use is not confirmed. If unauthorised use commences officers will explore the scope of serving a temporary stop notice and subsequent enforcement notice.

"Planning enforcement officers are liaising with environmental protection officers on the matter and the initial view is that an extraction flue is not suitable at this location as it is likely to cause nuisance to residents above."

A planning application has now been submitted to seek permission for change of use.