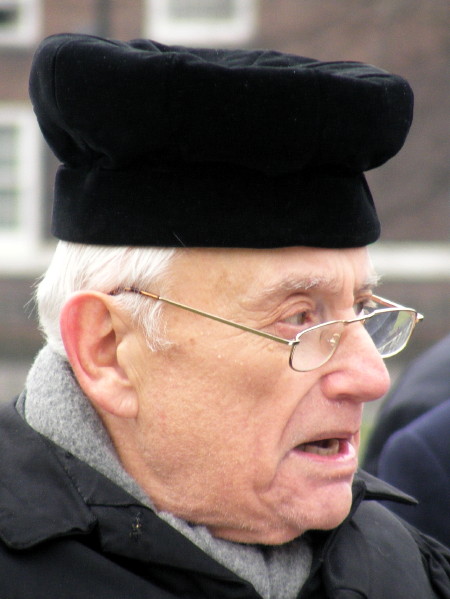 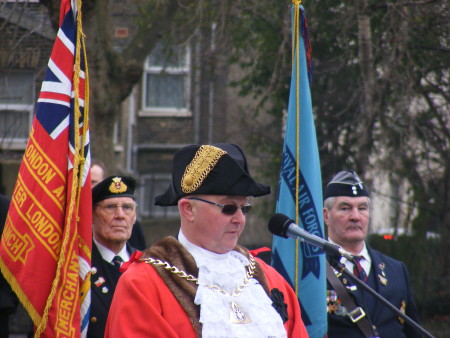 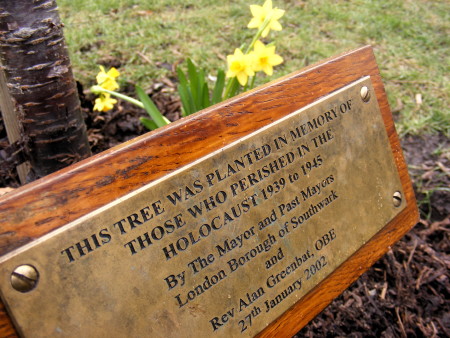 The Holocaust memorial tree was planted eight years ago 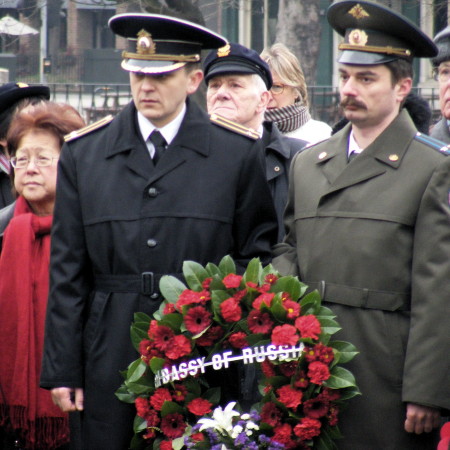 A wreath was laid on behalf of the Russian Embassy 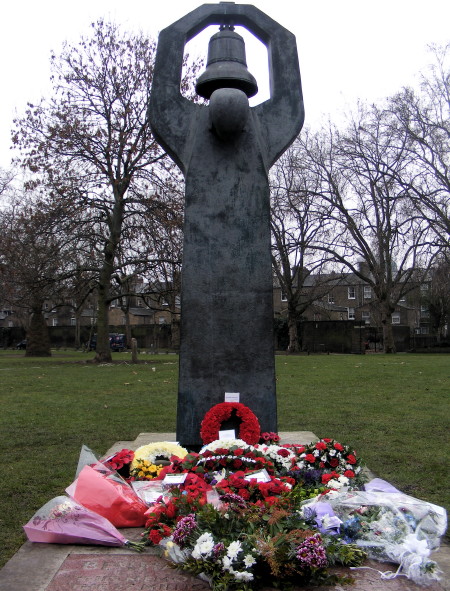 Wreaths in front of the Soviet War Memorial

"The Holocaust was a defining event of the 20th century," said Rabbi Greenbat.

"Unlike the quality of mercy which blesses the donor and the recipient, the Holocaust besmirched the perpetrators and devastated the victims.

"The world was provided with an object lesson in horror and murder when a nominally civilised nation allowed itself to become dehumanised."

"There are literally millions of reasons for us to ensure that such a catastrophe never happens again."

The brief service, which included the singing of Psalm 23, was followed by another ceremony at the adjacent Soviet War Memorial and speeches from the Mayor of Southwark Cllr Jeff Hook and Simon Hughes MP.

The next public event at the Soviet War Memorial is the Victory Day ceremony on Sunday 9 May.

On Tuesday the Greater London Authority's observance of Holocaust Memorial Day was held at City Hall. Wreaths were laid by the Mayor of London Boris Johnson and the chair of the London Assembly Darren Johnson AM.

The Statement of Commitment signed by the Mayor and Assembly chair is contained in a book open for the public to sign at City Hall for the rest of the week.