The Mayor of Southwark led the laying of wreaths at the Holocaust Memorial Tree and the Soviet War Memorial in Geraldine Mary Harmsworth Park on Friday morning. 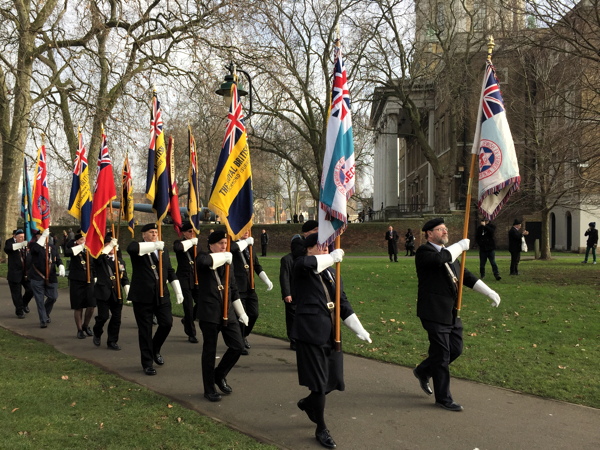 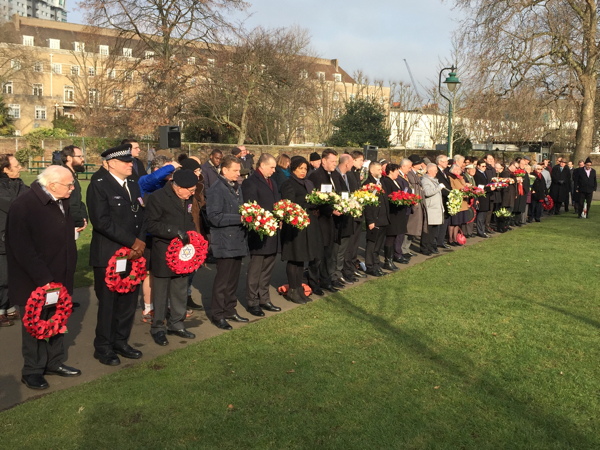 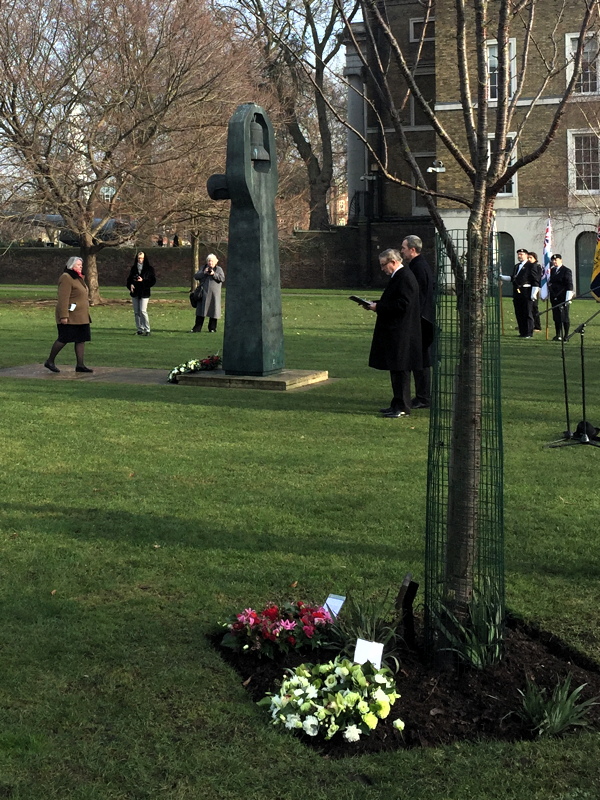 This year's Southwark ceremony for Holocaust Memorial Day began at the Imperial War Museum where the guest of honour was Holocaust survivor Helen Aronson.

Later the focus moved to Geraldine Mary Harmsworth Park where the Mayor of Southwark, Cllr Kath Whittam, led other civic and community leaders in placing wreaths at the Holocaust memorial tree and Soviet War Memorial.

The Holocaust memorial tree has stood in Geraldine Mary Harmsworth Park for 15 years. It was planted in 2002 by the then Mayor of Southwark Cllr Hilary Wines.

Last week Conservative MP Edward Leigh called for the proposed national Holocaust memorial and museum to be placed in GMH Park rather than Victoria Tower Gardens in Westminster.

He said: "There is a view among many people that the best place for the museum would be within or outside the Imperial War Museum, so that its many visitors can see the link between the Holocaust and war and hatred, rather than siting it in Victoria Tower Gardens, which is one of the last green spaces around this Palace and visited by many hundreds of thousands of people each year.

"As the museum will be two storeys underground, there might also be a flood risk. There is a need for a debate on the siting of the museum."

The IWM was among the bidders to host the national memorial but the Westminster site was chosen last year by the then prime minister David Cameron.