Dozens of people dressed as tea ladies danced their way across London Bridge on Thursday morning to mark this year's Fairtrade Fortnight. 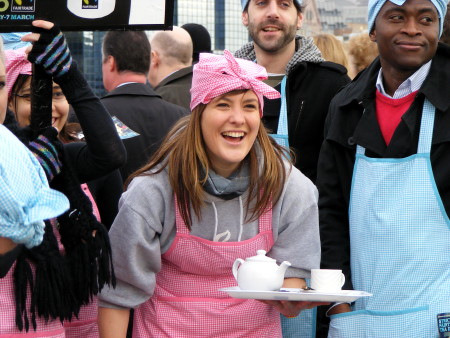 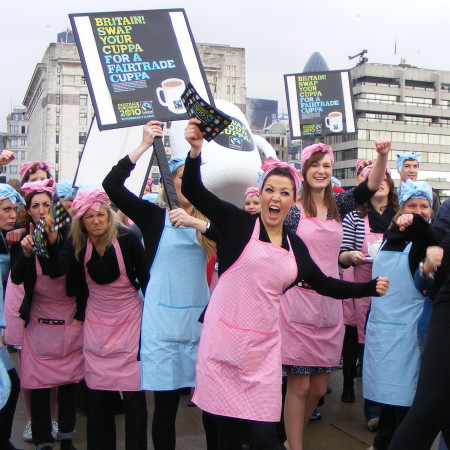 The theme of this year's Fairtrade Fortnight is The Big Swap. The Fairtrade Foundation hopes to encourage people to permanently swap everyday shopping basket items such as tea, coffee, chocolate and sugar for the fairly traded version.

"We are delighted that so many businesses are rallying to our call to swap to using Fairtrade products and also introducing new products, making it easier for consumers to make their own swaps," says Harriet Lamb, executive director of the Fairtrade Foundation.

"We have had fantastic support for many years from many companies which are 100 per cent Fairtrade – Liberation, Equal Exchange, Divine, Cafe Direct, Zaytoun and others – and now these pioneers are being joined by other companies, helping to spread the Fairtrade message even further."

Other Fairtrade Fortnight events in SE1 include a talk by Traidcraft boss Paul Chandler on The Future of Fairtrade.

Next week the South East London World Development Movement is hosting a public meeting on the theme Beyond Fair Trade: What next? at Elephant & Castle.