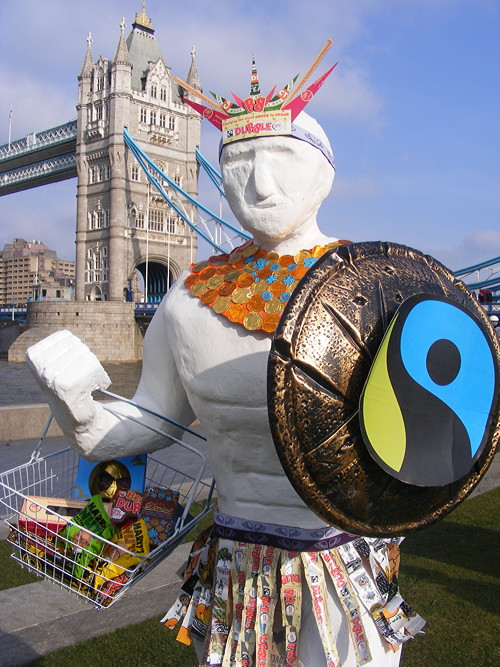 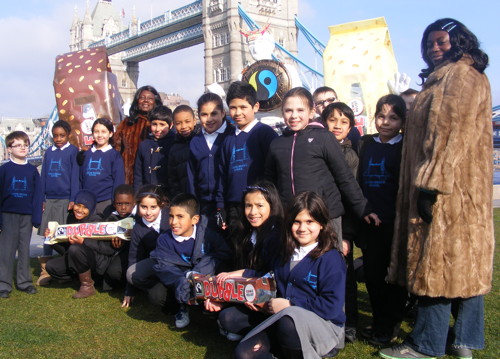 The children have been helping Fairtrade chocolate brand Dubble – part of the SE1-based Divine Chocolate company – and educational charity Trading Visions to build a giant 8-foot Fairtrade Warrior in celebration of Fairtrade Fortnight.

The warrior's armour is entirely created from the wrappers of fair trade products.

At the unveiling of the warrior figure in Potters Fields Park on Wednesday the children met Mary Appiah and Esther Mintah Ephraim who are members of Kuapa Kokoo, the cocoa farmers' co-operative in Ghana that owns Divine.

"We are delighted to make the park available for the promotion of Fairtrade Fortnight by children from Tower Bridge Primary School and Divine Chocolate," said Stephen Cornford, chief executive of the Potters Fields Park Management Trust.

"The trust works closely with the school and Divine on a number of projects and sees this as a productive partnership between members of the local community."

Divine – which has its London offices in Gainsford Street near Shad Thames – has opened a pop-up chocolate shop near Covent Garden for the duration of this year's Fairtrade Fortnight.

The shop is open daily at 71 Monmouth Street until Saturday 9 March.