Dozens of wreaths were laid at the Soviet War Memorial on Sunday to mark the 65th anniversary of the end of the Second World War in Europe. 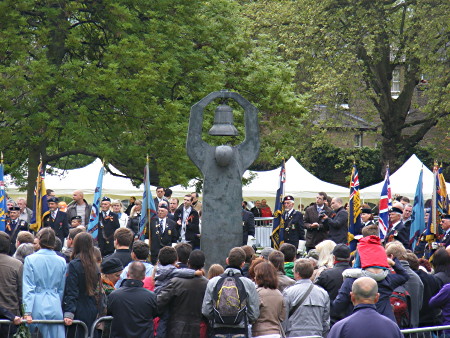 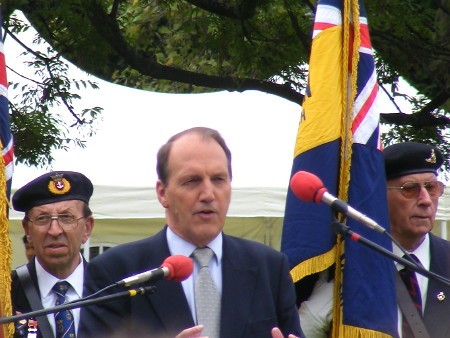 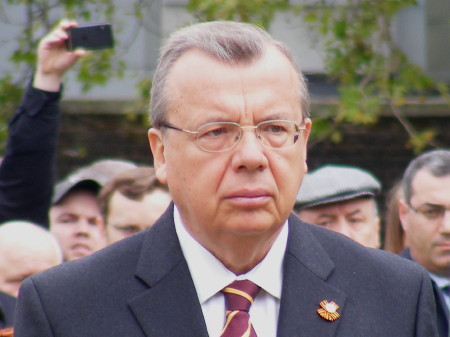 HE Yury Fedotov, the Russian ambassador to London 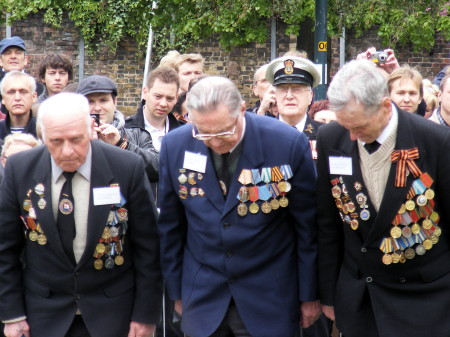 Lady Soames, daughter of Winston Churchill, was due to take part in the ceremony but was unable to attend after suffering a fall on Saturday. A wreath was laid at the memorial on her behalf by Diane Lees, director-general of the Imperial War Museum.

"One of the reasons that we hold these commemorations here at Southwark's Russian war memorial is the fact that the most brutal and crucial events that determined the outcome of that inhuman war unfolded on territory of the former Soviet Union," said the Mayor of Southwark, Cllr Jeff Hook.

"We know that the Soviet Union lost tens of millions of its citizens in the years of the war. Today we are celebrating the courage of all Europeans who resisted fascism. We are fused together by our anguish, our memory and our duty to pass on to those who come after us the spirit of the historical connection, common aspirations and common hope."

The Russian ambassador, Yury Fedotov, said that Victory Day is "a celebration that not only inspires and elevates but also fills our hearts with joy, with hope and sympathy".

He added: "It's a reminder that today's freedom to live, to work, to create, to understand each other, has been earned through fighting and sacrifice."

Simon Hughes, newly reelected Lib Dem MP for Bermondsey & Old Southwark, broke off from the high-level political discussions in Westminster to take part in the ceremony.

In his speech he issued a stark message about the importance of mutual nuclear disarmament and spoke up for the importance of the European Union. He also welcomed the resounding defeat of British right-wing extremists in this week's general election.

As well as British veterans of the Arctic Convoys, this year's event included participation from three Russian war veterans.

After the formal ceremony guests were invited to stay for an informal lunch in the park hosted by the ambassadors of countries in the Commonwealth of Independent States.

Three ceremonies are held at the Soviet War Memorial each year. Acts of remembrance take place on Holocaust Memorial Day in January, Victory Day in May and Remembrance Sunday in November.

Later in the day another Victory Day ceremony was held on board HMS Belfast.