New masts for HMS Belfast made in Russian shipyard

Two new masts for HMS Belfast - to replace the rusting originals - were last week completed in a Russian shipyard, it was announced on Sunday during Victory Day celebrations on board the ship. 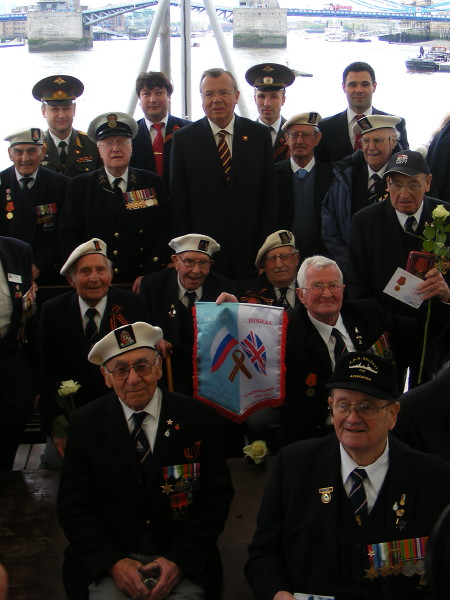 HE Yury Fedotov with veterans of the Arctic Convoys 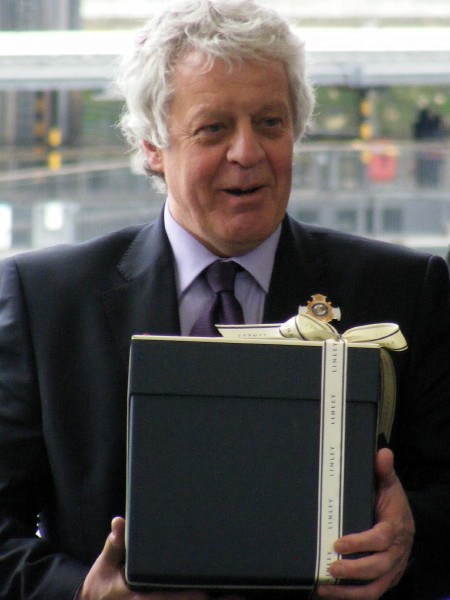 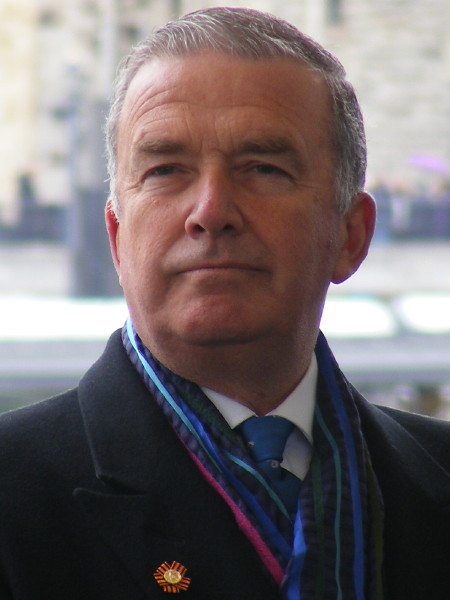 Admiral Lord West of Spithead, currently the security minister and formerly First Sea Lord, was among the VIPs at the ceremony 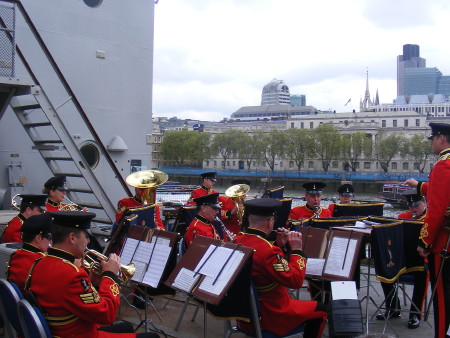 The Russian Ambassador Yury Fedotov came to HMS Belfast on Sunday afternoon to present medals to British veterans of the Arctic Convoys and to mark the 65th anniversary of the end of the Second World War in Europe.

He was joined at the ceremony by the security minister Admiral Lord West, a former First Sea Lord.

The event's organiser, Eugene Kasevin, read out a message from the Queen's private secretary: "Please convey the Queen's good wishes to all those attending the 2010 Russia-Britain VE Day celebration on board HMS Belfast today. Her Majesty hopes that this significant occasion is both successful and memorable to all concerned."

Phil Reed, the new director of HMS Belfast, described the gathering as a "truly glorious occasion".

"This ship played a major part in delivering relief to the Russian armed forces and the Russian people in the Arctic Convoys," he said. "These people before us are heroic survivors of that struggle. We're here today to commemorate that effort."

He welcomed Andrei Fomachev, director of the Severnaya Verf shipyard which has made the new masts for HMS Belfast, and described the Anglo-Russian collaboration on the restoration of the cruiser as "a great occasion for our two countries".

Igor Serov, of the Joint Industrial Corporation, told guests at the ceremony: "I'm happy to report that the new masts were finished on 7 May and will shortly be on their way to London. We hope to finish the reconstruction by the end of the summer."

He presented HMS Belfast's director Phil Reed with a gift to mark the occasion: a marine chronometer in a setting designed by Viscount Linley.

Music at the ceremony was provided by the Royal Signals Band and a flute quartet from the Royal Masonic School for Girls. After the Russian and British national anthems were played a gun salute was fired from Belfast's 4-inch guns.

The Russia House, based in Borough High Street, was among the sponsors of the event.

Earlier in the day a separate Victory Day commemoration had been held at Southwark's Soviet War Memorial.