On Saturday Irene Robinson came to HMS Belfast to finish a 50,000-mile journey across 7 continents in 50 days playing the bagpipes at the world's most famous locations. 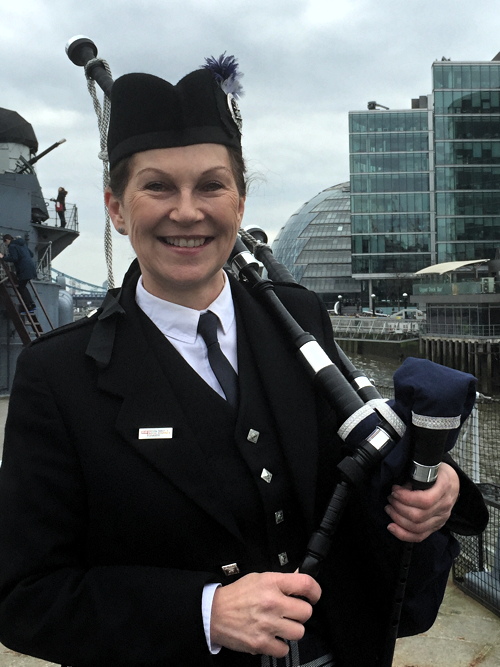 Irene Robinson, a forensic nurse practitioner from Poole, started her challenge on 10 January with a performance on board HMS Victory in Portsmouth.

The challenge was to raise money for The Royal Navy and Royal Marines Charity and Julia's House.

During the tour she has played the bagpipes at locations such as New York's Radio City Music Hall, San Francisco's Alcatraz, Rio de Janeiro's Christ the Redeemer Monument, Antarctica's Paradise Bay and Neko Harbour, amongst others.

Her last stop was on the deck of HMS Belfast. Friends and family applauded from the Thames Path as she ended her final performance.

"I feel humbled by the love and understanding that I have been shown along the way," said Irene.

"In a nutshell, I don't think my journey is coming to an end but just beginning."