The disused public toilets at the corner of Tower Bridge Road and Grange Road could be turned into a wine bar if Southwark Council approves a new planning application. 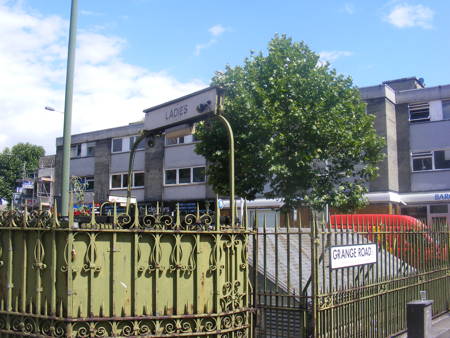 Curzon Concepts has applied for permission (10/AP/2222) to convert the derelict public conveniences into a new wine bar.

The scheme, which involves combining the former ladies' and gents' toilets into one large spaces, has been designed by Glas architects.

A glass canopy over the stairways would provide shelter for customers entering and leaving the bar.

Documents submitted to the council show the bar's name as 'Qubicle' but it is not known if this will be the final name.

The toilets are featured on the November page of this year's Credit Crunch Calendar.

Curzon Concepts and Glas last summer won planning permission to create a new cafe under the railway bridge in Blackfriars Road but so far the scheme has not been developed.

Other schemes to reuse disused public toilets in Southwark have met with opposition: earlier this year the council turned down a planning application to demolish the old Tooley Street public conveniences and build a two-storey restaurant.

Traders and residents are currently voicing their opposition to plans to turn a former public toilet near The Blue market into a fish and chip shop.