The Union Street Urban Orchard has won a Green Corners Award from the Conservation Foundation. 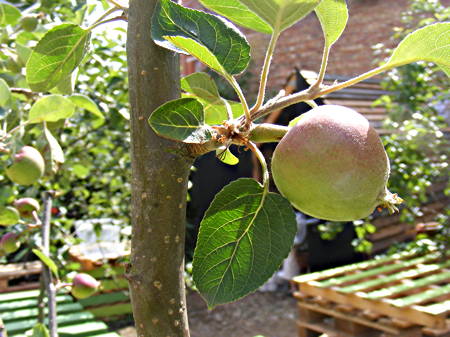 In June the vacant plot at 100 Union Street wasformed into an urban orchard and community garden as part of the London Festival of Architecture.

In 2008 the same site was used for the Southwark Lido project.

Alongside this are many other edible plants, such as a strawberry wall and a tyre garden of blackberries, blueberries and more.

There is also an ongoing plant exchange and seed library.

The orchard was named as the winner of the No Man's Land category of the July round of the Green Corners Awards run by the Conservation Foundation. Previous local winners include the Trinity Street piazza.

The orchard is hosting a Harvest Party on Saturday 11 September as the project comes to an end.

At the end of the month the garden will be dismantled and all the trees will be given to local estates, schools and other community gardens to remain as a lasting legacy.

The Architecture Foundation is running a series of Make and Take creative reuse workshops allowing members of the public to create useful objects from the left over orchard pallets.

Developer Roger Zogolovich has planning permission to build 85 new homes on the orchard site and adjacent plots of land.