A blue plaque to honour gay rights and human rights campaigner Peter Tatchell has been unveiled on the Rockingham Estate by Sir Ian McKellen. 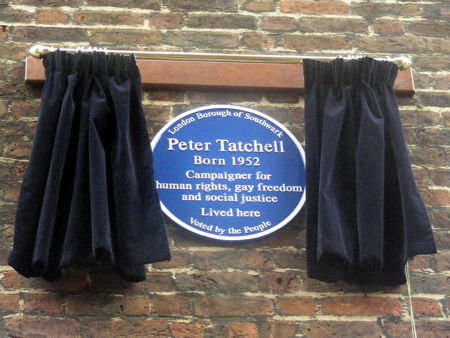 The blue plaque at Arrol House 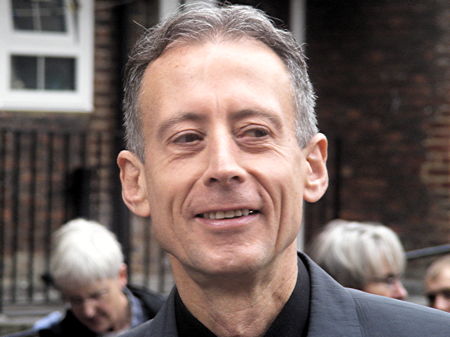 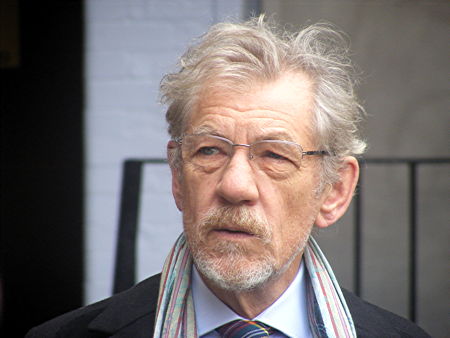 Peter Tatchell, who for many years has lived at Arrol House on the Rockingham Estate near Elephant & Castle, was chosen to receive a plaque last year in a public vote.

"Peter is one of the most famous residents of Southwark and we are proud of his long residence here," said Cllr Veronica Ward, cabinet member for culture.

Lib Dem MP Simon Hughes, who entered Parliament at the 1983 by-election in which Tatchell was the Labour candidate, used the ceremony to reiterate his previous apology for some of the things that happened in that controversial campaign.

"Peter knows that we had an unpleasant and unsatisfactory election against each other in 1983, and I've apologised to Peter – privately as well as publicly – for anything done by any of our party members or our party that was not justified.

"Sadly it was not just our party: it was members of Peter's then party and others – and the press – and there is a huge lesson to be learnt from that occasion."

Addressing Peter Tatchell, the MP said: "When you made your decision to leave Australia and to come here, we hope, looking back, you feel you made the right decision.

"We are very grateful you made the decision to settle in Southwark. You have helped us to have a reputation as one of the most enlightened, diverse and gay-friendly parts of Britain, and we hope that we will continue to honour that work."

Unveiling the plaque, Sir Ian McKellen said: "I think it's absolutely sensational that there should be a blue plaque here as a daily reminder to his neighbours that he is in their presence and to the city as a whole that we are very lucky to have Peter."

After the plaque had been unveiled, Peter Tatchell thanked those who had voted for him to be honoured with a plaque.

"To be voted for by the people to have this honour is truly a great privilege, and I thank every one of them," he said.

"I am gratified but a bit embarrassed. Normally you only get blue plaques when you are dead, and as you can see I am very much alive, and I am hoping to carry on campaigning for another 30 years or more."

Tatchell has previously been an outspoken critic of Southwark Council. 18 months ago he warned that local residents would be "robbed" by the Elephant & Castle regeneration.