A man shocked back to life three years ago when his heart stopped beating at London Bridge Station gave a talk to dozens of Londoners at a special event at Guy's Hospital last week. 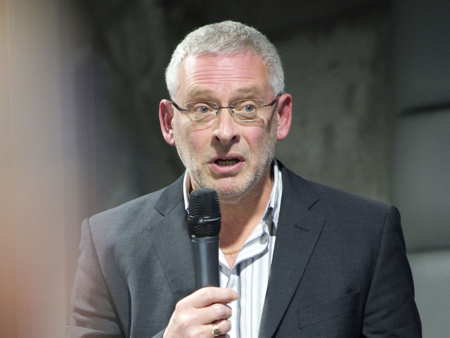 Steve Hodder, now aged 58, was boarding his train home in June 2007 when he suffered a cardiac arrest.

Network Rail duty manager Eddie McDermott, who was trained in basic life support by the London Ambulance Service, used a public-access defibrillator at the station to shock Steve back to life while someone called 999 for an ambulance.

"It was a life-changing experience," said Steve.

"Every time I go through London Bridge I go and see the defibrillator. My family and I will always be very grateful for what everyone did for me."

Steve was talking at a public event about emergency heart care in the capital . The meeting was held in the Robens Suite on the 29th floor of Guy's Tower.

Paramedic Sarah Barrow, one of the ambulance crew that treated him, and emergency medical dispatcher Claudette McNoughton, who took the 999 call, also attended.

Medical director Fionna Moore spoke at the event about how the London Ambulance Service has worked to improve the out-of-hospital cardiac arrest survival rate by almost ten times since 1999.

Director of corporate services Sandra Adams said: "We hope this event gave Londoners an opportunity to find out more about the positive work we're doing with emergency heart care in the capital, and to get involved with the service.

"This is the first in a series of free public events we're holding. Future events will focus on stroke, major trauma and other aspects of the care we give to patients."