Plans have emerged for another 20-storey office block in Blackfriars Road. 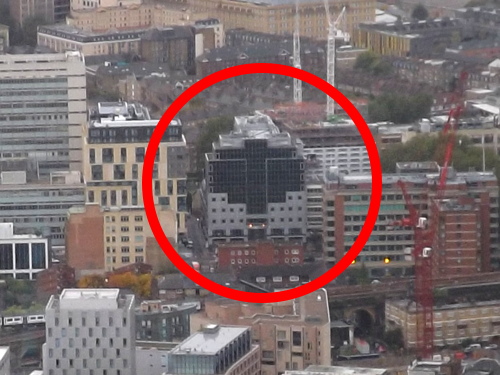 The owners of Friars Bridge Court – a 10-storey block building only a quarter of a century old – have put forward proposals to replace the building with a new structure twice the height and with nearly twice as much floor space.

In a technical submission to Southwark Council, Kennedy Wilson Europe Real Estate has revealed it intends to submit a planning application for a 20-storey tower to replace Friars Bridge Court.

The proposed new building would be slightly shorter than the recently completed 240 Blackfriars Road tower to the north east.

It stands on the site of Running Horses Yard, formely part of the Sainsbury's headquarters complex.

Friars Bridge Court is part of a portfolio held by Kennedy Wilson Europe Real Estate plc. Last year it was valued at £69.9 million.