Plans have been announced for a flotilla of up to a thousand boats on the River Thames to celebrate the Queen's Diamond Jubilee in 2012. 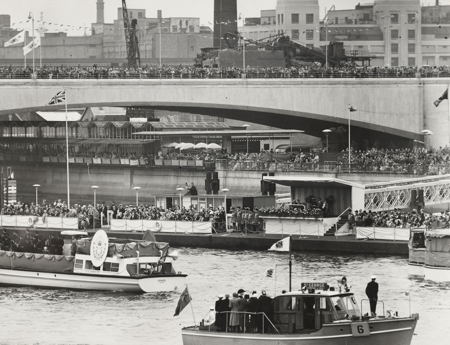 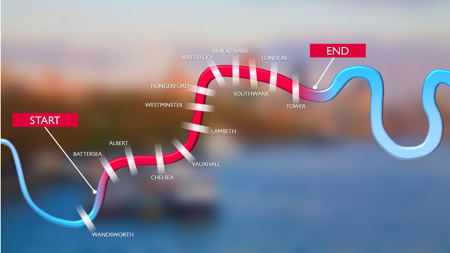 On Sunday 3 June 2012 the River Thames will provide the setting for the Diamond Jubilee River Pageant – the largest flotilla to be assembled on the river in modern times – as the public are invited to take part in one of the major celebrations of Her Majesty's sixty year reign.

The Queen will lead a flotilla of up to one thousand boats assembled from across the UK, the Commonwealth and around the world.

With a Bank Holiday the following day, the event organisers are planning for well over one million people to line the banks of the Thames to witness the pageant and join in the celebrations.

Letters have been sent to the High Commissioners of every Commonwealth country – and to the Lords Lieutenant of every county in the UK – inviting each to send a vessel for the flotilla.

The flotilla – expected to measure 7.5 miles long from end to end – will be one of the major focal points of celebration during the special Jubilee Bank Holiday weekend, and will comprise a diverse mix of the historic and the modern: from rowed boats to sailing ships, steamers to wooden launches and larger motorised craft.

The flotilla aims to celebrate the maritime history of Britain and the Commonwealth.

The pageant will be made up of five sections each separated by a 'herald barge' the first of which will be a floating belfry of eight new bells cast by the Whitechapel Bell foundry and commissioned by the church of St James Garlickhythe. Their peals will be answered and echoed by chimes from riverbank churches along the route.

Other barges will feature water jets and sprays reminiscent of the old Thames fire-fighting boats, live entertainment and music from the six decades of The Queen's reign, and a pyrotechnic barge will provide further entertainment for the watching public, with daytime fireworks and a mechanical flame spitting dragon.

The water-borne parade will include representatives from the armed forces, fire, police and rescue, as well as passenger boats carrying up to 30,000 people as part of the flotilla itself.

Roads and bridges will be closed to traffic to allow the public to enjoy the spectacle from as many vantage points as possible.

Along the route there will be up to fifty giant video screens. The pageant is expected to stretch from Putney Bridge in the west, to Tower Bridge and onwards to Canary Wharf in the East.

The organisation of the event is being led by Lord Salisbury, who – as Viscount Cranborne – organised the D-Day, VE Day and VJ Day 50th anniversary events. It will be funded by private donations and sponsorships, administered through a specially created charity, the Thames Diamond Jubilee Foundation.

The Foundation aims to raise the funds for the Diamond Jubilee River Pageant and charitable projects that have a link to The Queen and her Diamond Jubilee, with a particular focus on areas such as the Commonwealth, youth and education, as well as supporting the wider charitable sector.

Individuals and associations wishing to take part can register their interest and details through the www.thamesdiamondjubileepageant.org website.

The pageant master will be Adrian Evans, director of The Mayor's Thames Festival held on the SE1 riverside every September.