The owners of the Golden Hinde replica have revealed radical plans for a new museum and visitor centre at St Mary Overie Dock, Bankside. 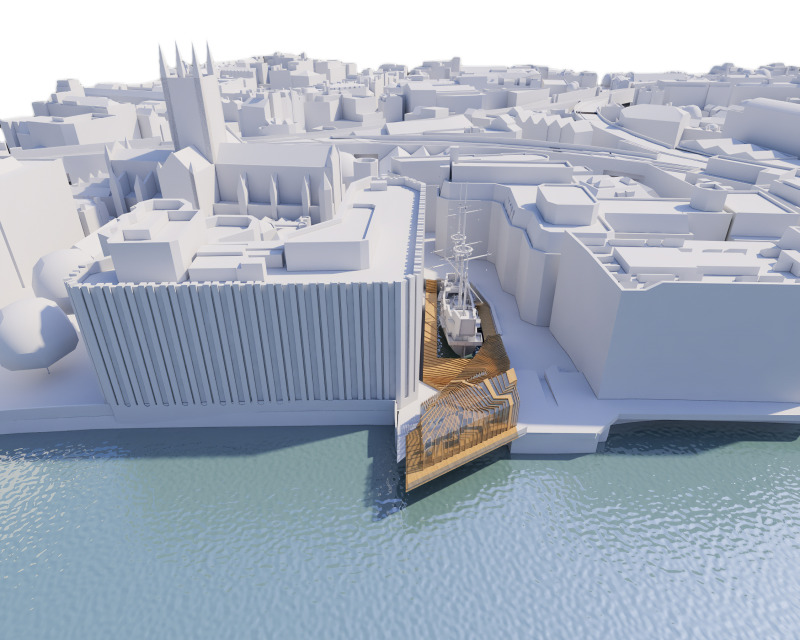 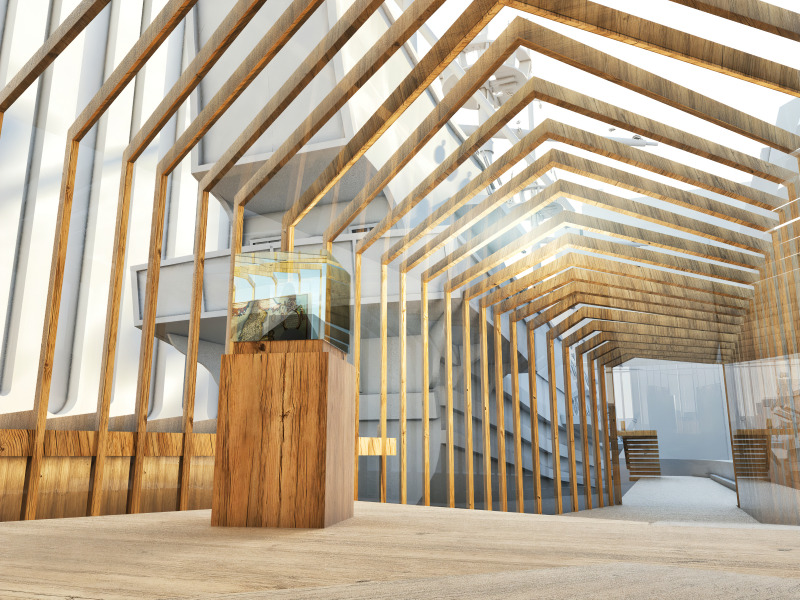 The original Golden Hinde was launched in 1577 and captained by Francis Drake who was knighted on board by Elizabeth I at Deptford.

The replica itself has travelled the world, having covered over 140,000 miles under sail.

She last left the dock in 2003 for a trip to Southampton. Plans for a further sailing in 2012 to mark the Queen's Diamond Jubilee did not come to fruition.

The new visitor centre scheme has been designed by SPPARC, the architecture firm responsible for several local projects including the Music Box and the Empire Warehouse.

The proposed scheme features a new ticket hall, an accessible education space which will explore the history of Drake, and an exhibition space.

At the lower ground level, the new visitor centre will have an external covered walkway with viewing galleries to the ship, toilets, and new offices for staff.

"The brief for the new Golden Hinde visitor centre called for a unique design which learnt from the skilled craftsmanship and innovative nautical engineering of this iconic ship," said Trevor Morriss, principal at SPPARC.

"The concept was derived through the desire to reflect this history of The Golden Hinde and Sir Frances Drake in a contemporary visitor centre."

Angus Francis Coleman, Director of Golden Hinde Ltd, said: "SPPARC's passion and energy has been fundamental in creating this new vision for the Golden Hinde in London.

"We are most impressed by the way the building both complements the ship and ties in with the modern surrounding architecture.

"This visitor centre will allow us to deliver on a much grander scale and will turn the Golden Hinde into a major cultural destination."

A planning application is due to be submitted to Southwark Council later this year.