The Queen's row barge Gloriana startled those out for a Sunday afternoon stroll on the South Bank when it made its way down the Thames as part of the Tudor Pull. 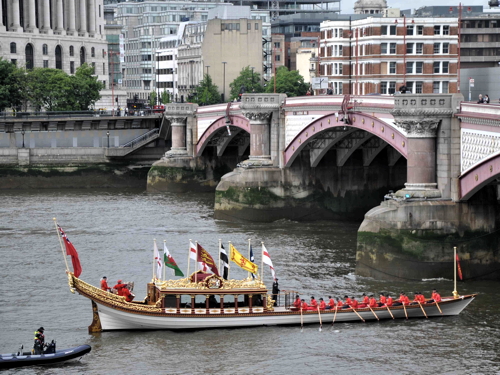 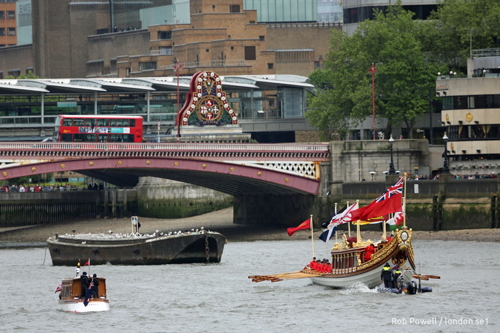 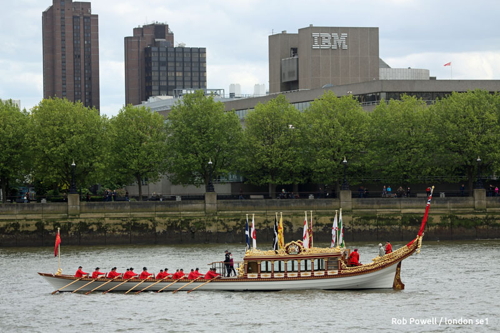 Each spring a number of traditional cutters are rowed from Hampton Court Palace to the Tower of London to escort a ceremonial token which is delivered to the governor of the Tower for safekeeping.

The Tudor Pull promotes the use of the River Thames and commemorates the events of 1256 when Queen Eleanor's royal barge sank under the old London Bridge with the loss of one of her courtiers.

The Gloriana was accompanied by traditional oar-powered watermen's cutters belonging to the livery companies of the City of London as well as other craft from rowing clubs who preserve the sport of fixed seat rowing on the River Thames.

This was the second year that the Gloriana, built for the Queen's Diamond Jubilee in 2012, had taken part in the Tudor Pull.

• With thanks to OnTheThames.net for two of the above pictures