The Deputy Mayor of Southwark and Simon Hughes MP joined the Russian Ambassador and other dignitaries at the Soviet War Memorial in Geraldine Mary Harmsworth Park on Monday to commemorate the 66th anniversary of the end of World War II in Europe. 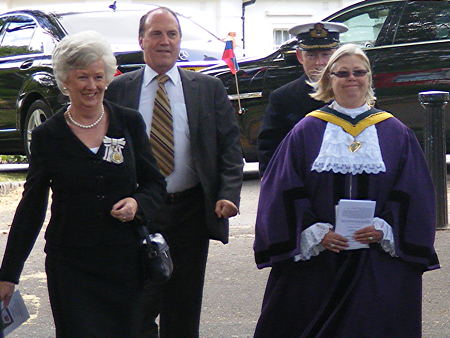 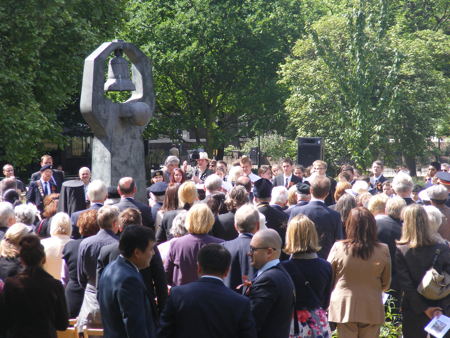 The Soviet War Memorial was unveiled twelve years ago to commemorate the 27 million citizens of the former Soviet Union who lost their lives in World War II.

Each year a wreath-laying ceremony is held at the memorial on Victory Day, 9 May.

"The people of Southwark will continue to remember the allied victory and – through the symbolic presence of the memorial in our park – the loss of so many men, women and children," said Cllr Lorraine Lauder, Deputy Mayor of Southwark.

"They paid the ultimate price for our freedom."

Speeches were also made by Alexander Yakovenko, the new Russian ambassador to London, and the Rt Hon Simon Hughes, MP for Bermondsey and Old Southwark.

This year the London Nautical School's drill squad took part in the ceremony for the first time.