Japanese ambassador Keiichi Hayashi and culture secretary Jeremy Hunt opened the third annual Japan Matsuri event, held this year for the first time in and around County Hall on the South Bank. 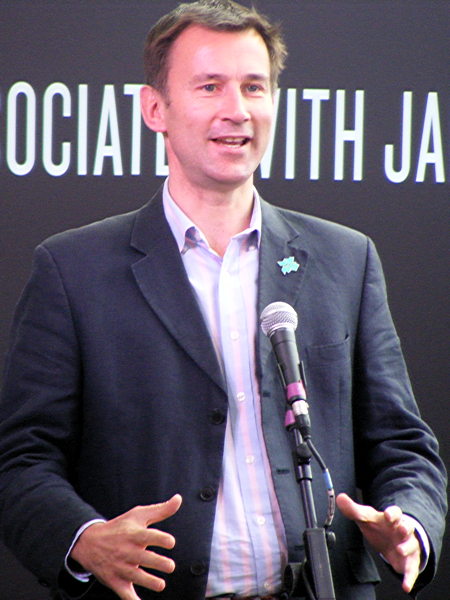 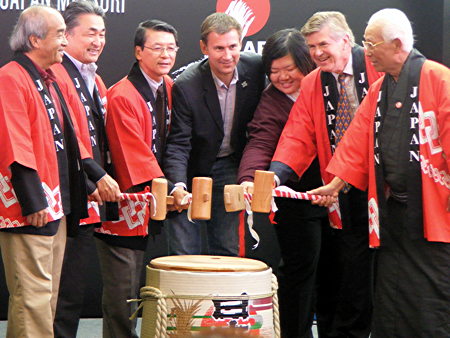 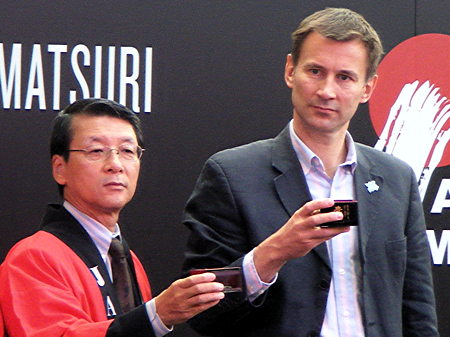 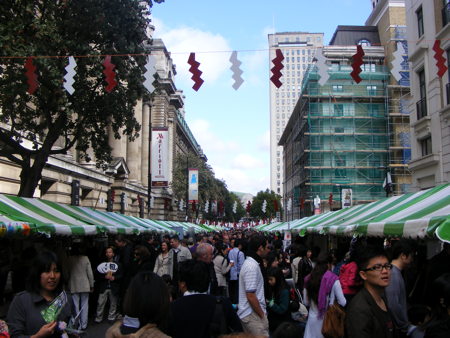 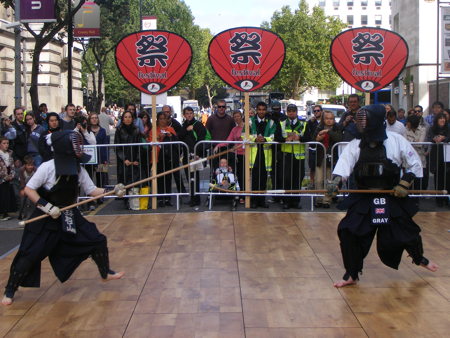 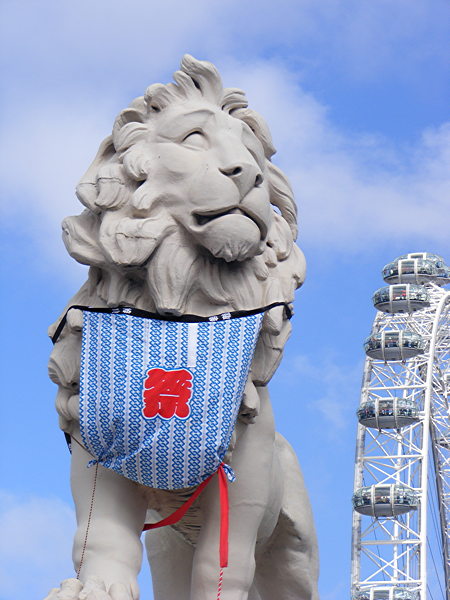 Even the South Bank Lion joined in the celebrations

The Japanese festival has previously been held at Spitalfields Market but this year the Japanese owners of County Hall, Shiryama Shokusan, provided their premises for the event.

Stalls were set up on the riverside walkway and along Belvedere Road, with stages on both sides of County Hall.

Some of the activities were intended to raise funds for those affected by the earthquake and tsunami which hit Japan in March this year.

In his speech the Japanese ambassador, Keiichi Hayashi, underlined the huge trauma that Japan had suffered this year. He said that although the clean-up operating is making good progress, there are still many people suffering as a result of the natural disaster.

"We the Japanese as a nation, for all our advanced technology and know-how, have been very humbled by the power of mother nature," said the ambassdor.

"It brought home to us that we have to live with nature, not against it.

"We seem to have found a greater sense of national identity and solidarity, based on the painful but critically important lesson that we have learnt and are still learning.

"We are now examining our long-term energy costs and even our lifestyles. Our nation will have to be reborn and we shall be."

Jeremy Hunt, the culture secretary, said: "We are thrilled to have this Matsuri and thrilled to celebrate the friendship between our two countries, but we also want you to know that we consider ourselves to be one of your truest friends and at this very difficult time we in the United Kingdom want to be there for you in Japan."