Armistice Day and Remembrance Sunday have been observed at war memorials around SE1. 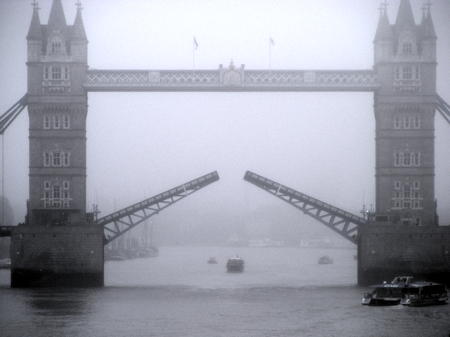 Tower Bridge lifted at 10.20am as MV Havengore approached through the mist on its way upriver to Lambeth Reach for the Armistice Day service 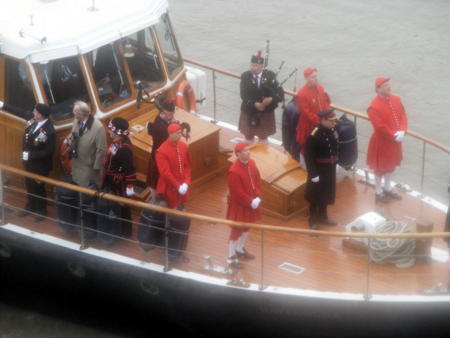 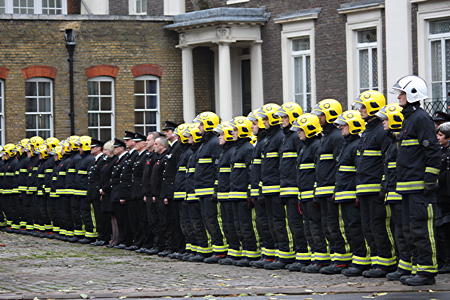 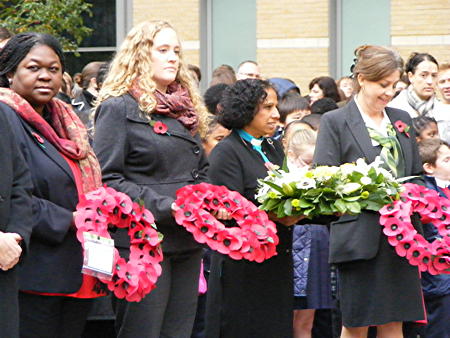 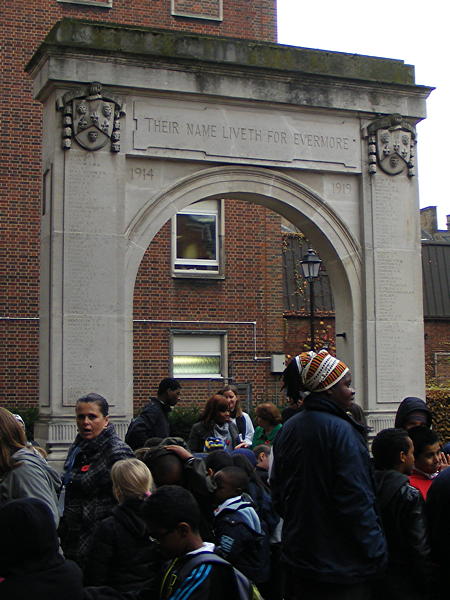 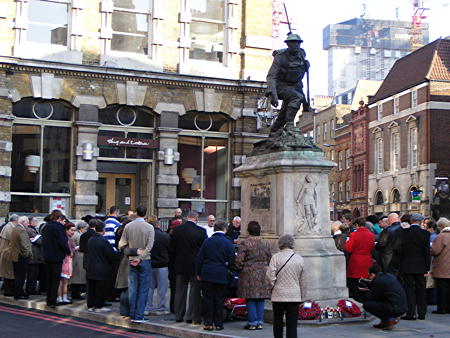 Sunday morning's ceremony at the Borough War Memorial. The bronze relief normally on the western side of the memorial is currently in storage as it awaits repair 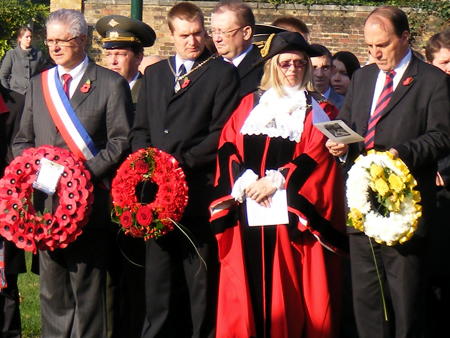 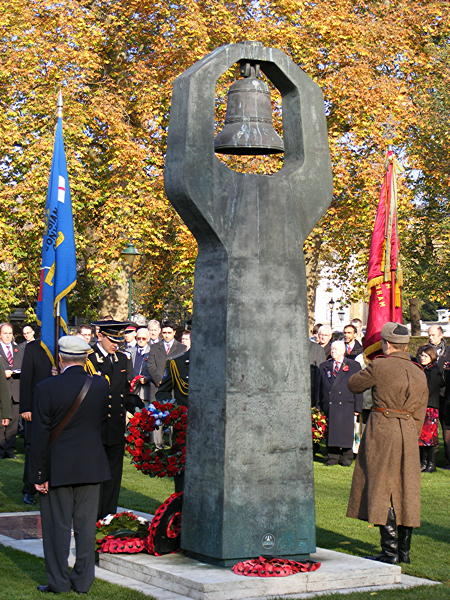 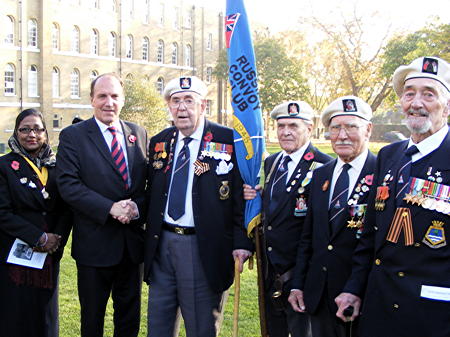 On Friday morning Tower Bridge lifted at 10.20am for the MV Havengore, the vessel which carried Winston Churchill's coffin up the Thames in 1965. For the third year running the Havengore hosted an Armistice Day service on the River Thames near the Houses of Parliament.

At 11am Tower Bridge was raised again as a salute to those who have died in war.

The bridge lift was instigated by Eric Sangster of Banchory, Aberdeenshire, who had stopped to pay his own salute near the bridge a few years ago.

He had noticed that he traffic didn't stop and Tower Bridge didn't open and so asked his local MP, Sir Robert Smith, if he could find a way for the bridge to be raised as a salute.

"Mr Sangster came up with the suggestion and I thought it was a practical way to salute those we remember on Armistice Day," said Sir Robert Smith.

"I am particularly pleased I have been able to work with the London authorities to get a successful outcome."

Sir Robert and Mr Sangster were invited by the bridge master Eric Sutherns to the control room where they pressed the buttons to operate the bridge.

Meanwhile an Armistice Day observance was also held at the Guy's Hospital Memorial Arch. A short service was led by the Revd Anna Macham, chaplain to the Guy's campus of King's College London. A wreath was laid on behalf of Southwark Council by Cllr Dora Dixon-Fyle, cabinet member for health and adult social care.

Pupils from Snowsfields Primary School made the short journey to Guy's Hospital to be part of the event.

At the London Fire Brigade's Southwark training centre firefighters lined up outside Winchester House to observe the two minutes' silence.

City Hall hosted its annual Remembrance service which was led by Canon Giles Goddard, parish priest of St John's Waterloo, in his capacity as chaplain to the City Hall branch of the Royal British Legion.

Borough resdients and the congregations of the Church of the Precious Blood and St George the Martyr gathered at the war memorial in Borough High Street for a short service and wreath-laying ceremony.

The Borough War Memorial, which has been damaged in recent months, will be restored during the year ahead.

Wreaths were also laid at the war memorial in the grounds of St George's Cathedral.

At Southwark Cathedral cadets and firefighters, as well as representatives of the Royal British Legion, took part in an act of remembrance at the start of the Choral Eucharist.

At lunchtime the focus moved to the Soviet War Memorial at Geraldine Mary Harmsworth Park.

Here wreaths were laid by civic dignitaries and diplomatic representatives led by the Mayor of Southwark Cllr Lorraine Lauder and the Russian ambassador Alexander Yakovenko.

"By honouring our war dead, as we always have and as we do today, we declare that their sacrifice was not in vain," said Mr Yakovenko.

"For out of the war there came a lesson which transcended the horror and tragedy and the inexcusable folly.

"It was the lesson about ordinary people – and the lesson was that they were not ordinary.
The real war heroes have not been the generals and the politicians but the soldiers and sailors and nurses – those who taught us to endure hardship, to show courage, to believe in ourselves, to stick together."

He concluded: "We must always remember thеse great sacrifices all nations made many years ago to ensure the clear blue sky above our heads and peaceful future for our children."

For the second year running Gilles Catoire, Mayor of Clichy-la-Garenne – Southwark's twin town in France – travelled to London for the Remembrance Sunday observances.