The memorial bearing the names of the 238 staff and students of Guy's Hospital killed in the First and Second World Wars has been given grade II listed status by the Government. 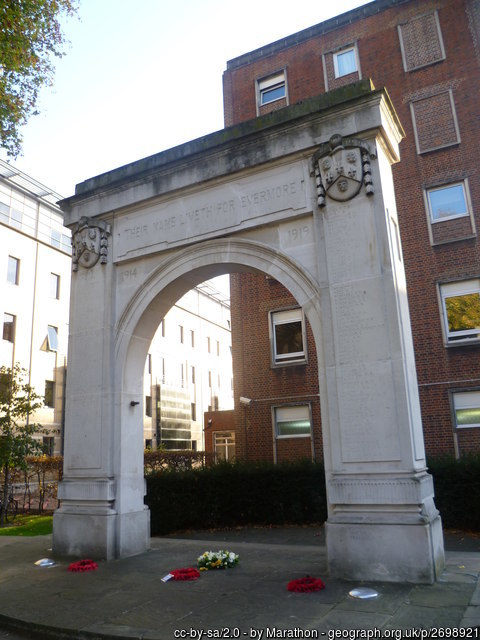 Designed by William Walford, the memorial takes the form of a Portland stone arch.

In the official national heritage list entry, Historic England describes the memorial as "dignified and imposing" and "an eloquent witness to the tragic impact of world events on the local community".

The memorial commemorates 144 hospital staff and medical students who died in the First World War.

Following the Second World War, a further 94 names were added.

The memorial was located on Great Maze Pond until it was relocated to its present site in the early 1990s.

A rededication ceremony was held on 11 November 1994 and each year the King's College London chaplaincy organises an act of remembrance on Armistice Day.