Leading Labour politicians in Southwark joined a march through Waterloo to the Trades Union Congress's 'A Future that Works' demonstration on Saturday. 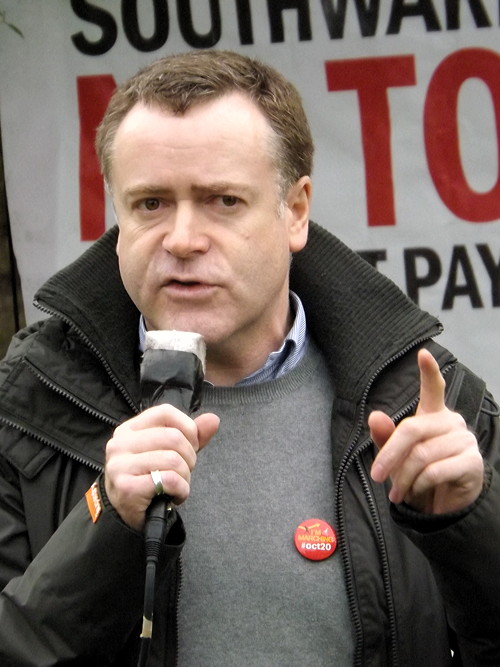 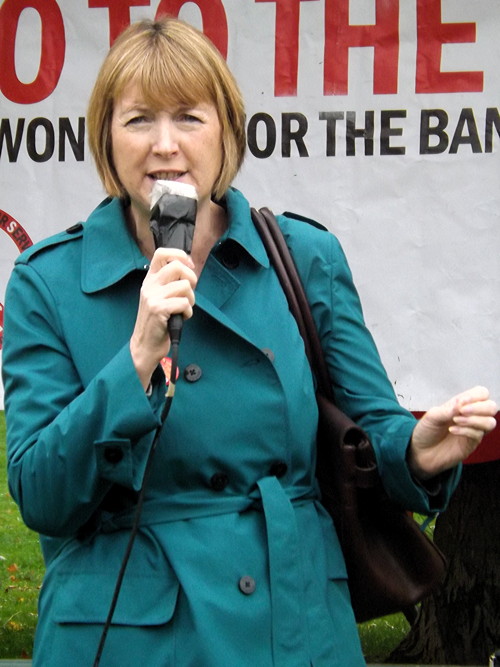 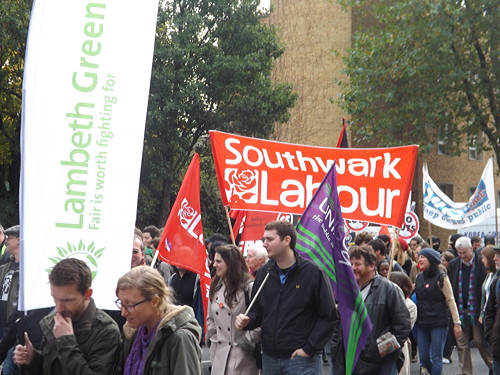 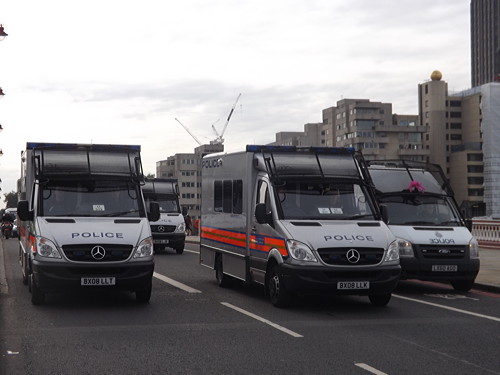 Trade union members and Labour activists from Lambeth and Southwark assembled at Geraldine Mary Harmsworth Park to join the feeder march to the national gathering on Victoria Embankment.

April Ashley from Southwark Unison urged on Southwark's Labour administration to defy the Government and set a 'needs budget'. The assembled crowd also heard multiple calls for a general strike.

Camberwell & Peckham Labour MP Harriet Harman was heckled and booed by some in the crowd when she gave a speech calling for solidarity between left-wing groups to defeat the coalition government parties.

The Labour Party's deputy leader accused the Conservative Party of using the financial crisis as cover for ideologically-driven cuts to public services.

"There are 10,893 reasons why we need to be marching today to persuade the Government to take a different course," said Southwark Council's Labour leader Cllr Peter John.

"There are 10,893 unemployed people in Southwark. They need work; they need jobs; they need hope; they need a future.

"That is what this march is about; telling this Government that there is an alternative route which they must follow – and we must make our voices heard loud and clear."

Participants in the march – which travelled via Kennington Road, Baylis Road, The Cut and Blackfriars Road – spanned a wide political spectrum from anarchist to New Labour.

The feeder march was accompanied by a strong police presence. As the activists crossed Blackfriars Bridge they were followed by a dozen police vans, some carrying officers dressed in riot gear.