The Queen visited the South Bank on Thursday morning to reopen Jubilee Gardens and to celebrate the 60th anniversary of BFI Southbank. 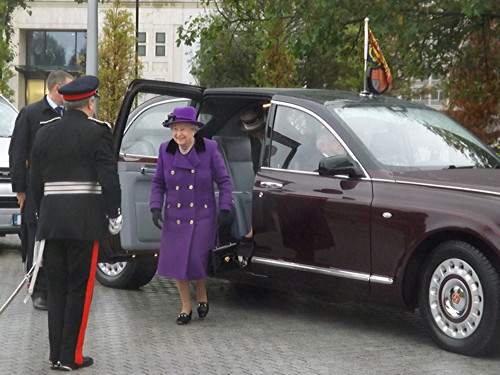 The Queen is greeted by the Lord Lieutenant of Greater London, Sir David Brewer 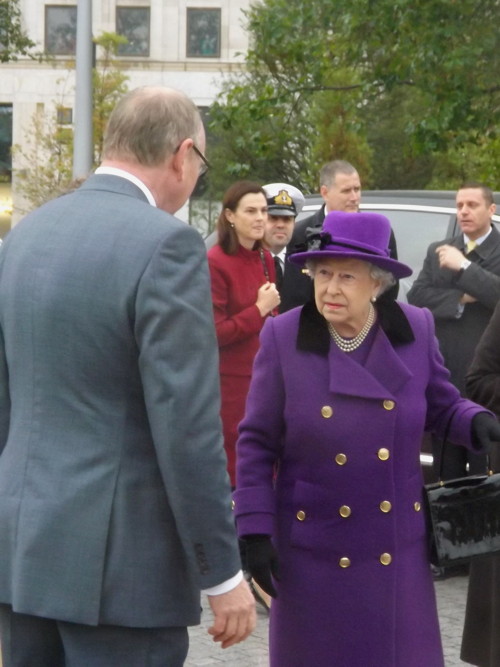 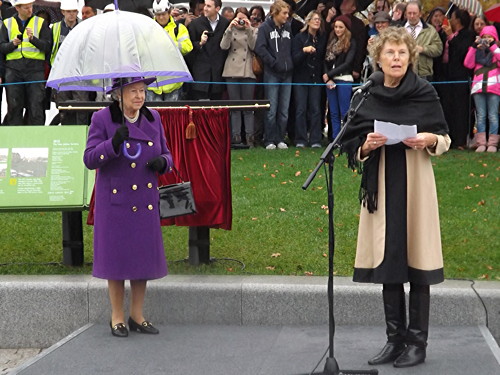 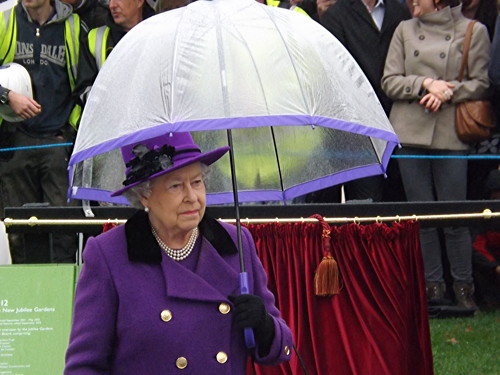 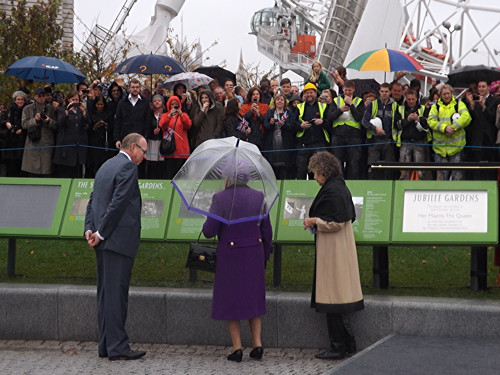 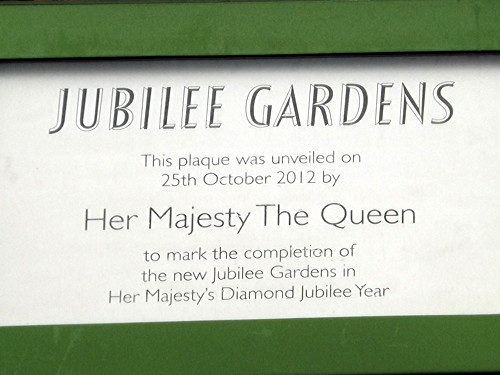 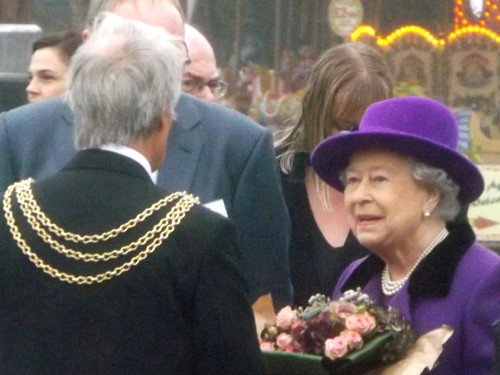 The Queen listens to the Mayor of Lambeth, Cllr Clive Bennett 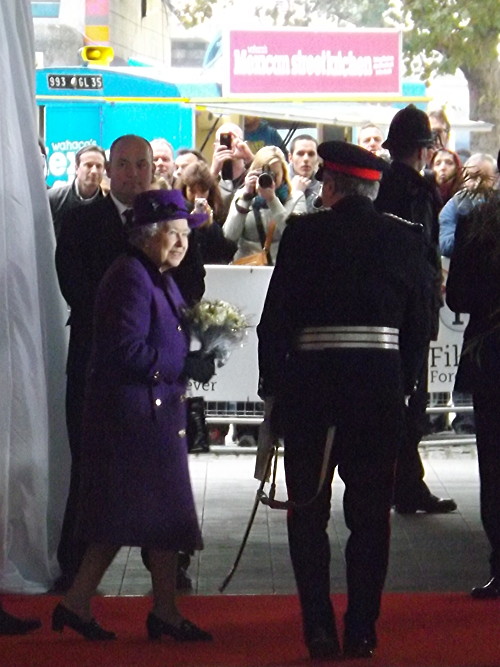 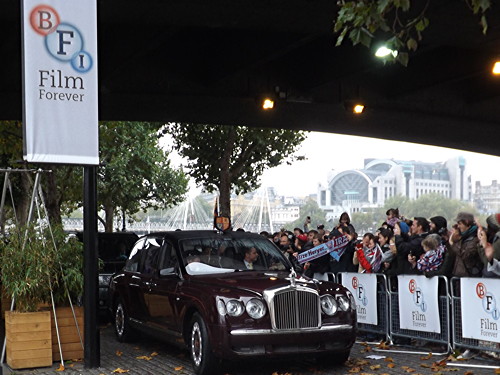 The Queen unveiled a plaque to mark the completion of the Ł5 million transformation of the South Bank park she first opened during her Silver Jubilee celebrations in 1977.

"These gardens may be small in comparison with other London open spaces, but they are hugely important in this area which now hosts some 25 million visits each year, as well as being home to major corporations, leading arts organisations, a university, the London Eye and our wonderful hospital at St Thomas'," said Kate Hoey MP.

"Jubilee Gardens means so much to our local community, from those who have more recently moved here to – especially – the long-standing community, many of whom remember the Second World War, the Festival of Britain and the campaigns over many years to keep our community together in the building of the Coin Street area."

Ted Inman, chair of the Jubilee Gardens Trust, said: "The trustees, who represent local community and business organisations, are proud to be managing this hugely popular new open space for London. It was a great privilege for us that the Queen came today to open the new Jubilee Gardens."

During the visit the Queen met children from the Coin Street nursery and Oasis Academy Johanna, as well as staff from the companies who worked on the project.

From Jubilee Gardens the Queen travelled a short distance to her next engagement at BFI Southbank where she unveiled a plaque to mark the 60th anniversary of the opening of the National Film Theatre.

The Queen also visited the new BFI Reuben Library, the Mediatheque, the BFI cinemas and met 16 pupils from Telferscot Primary School in Lambeth.

The pupils have spent the last three months creating their own animated films based on the Jubilee year and shared their work with the Queen.

"Given that the moving image wasn't invented until the end of the 19th century I find it extraordinary to think that Her Majesty Queen Elizabeth II has been on the throne for more than half the time that film has been in existence," said Greg Dyke.

"When we built BFI Southbank, it was a temporary structure in a less than ideal location under Waterloo Bridge. Who could have predicted then that, 60 years on, film would become one of the world's greatest and most accessible art forms, supporting a huge industry. And no one would have predicted we'd still be under the bridge!

"We need to build on success. And today's visit from the Queen represents a milestone where we look towards the time when we can build a new Film Centre here on the South Bank that has the scale and magnitude worthy of representing the British film industry."