Remembrance Sunday was observed at a number of war memorials across SE1. 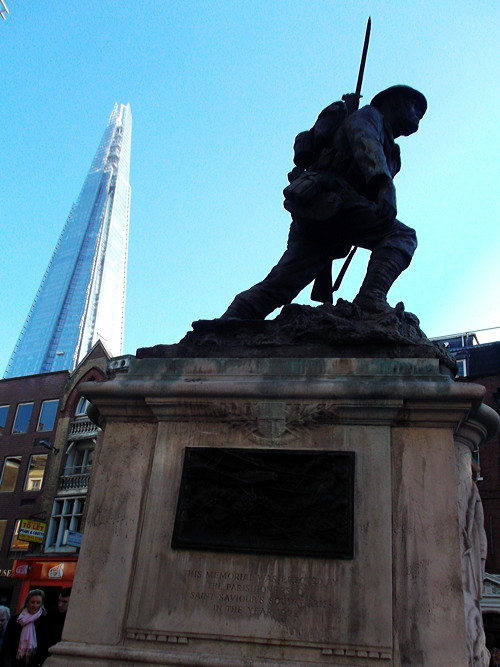 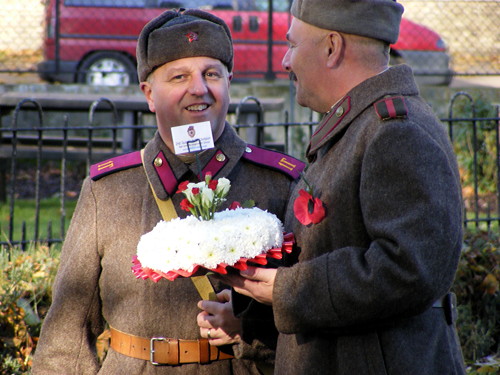 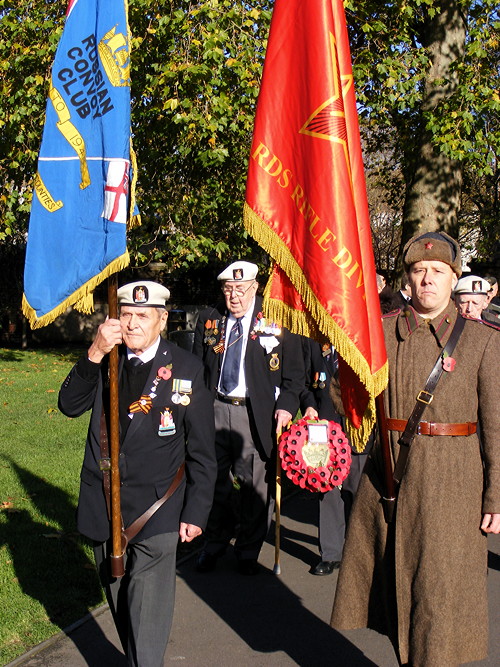 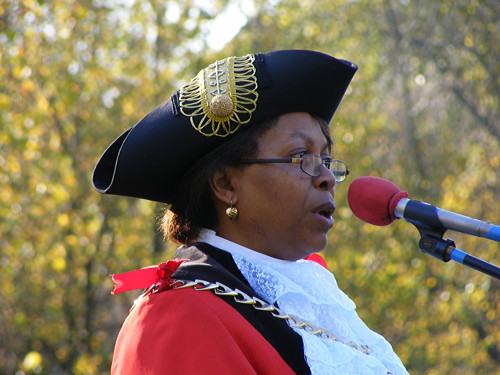 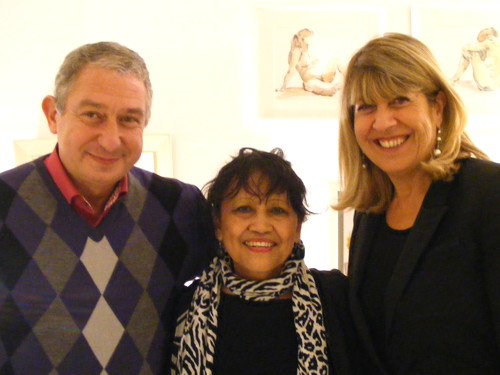 Serge Setterahmane, deputy mayor of Clichy-la-Garenne, with Nolia Devlin and Linda Maguarian at Nolias 11 in Stamford Street on Saturday night A large crowd gathered at the Borough War Memorial in Borough High Street where the service is conducted by clergy from St George the Martyr Church and the Roman Catholic Church of the Precious Blood.

The memorial, which was damaged in Summer 2011 when one of the bronze relief panels became dislodged, was restored by Southwark Council just in time for this year's ceremony.

Wreaths were laid by local Liberal Democrat and Labour politicians, as well as local organisations such as the Queensborough Community Centre.

Tower Bridge lifted at 10.20am to salute the MV Havengore, the boat which carried Winston Churchill's coffin after his state funeral, which was making its way upstream for a service of remembrance near Westminster Bridge.

The Havengore was accompanied by boats from the London Fire Brigade, Metropolitan Police and Port of London Authority.

Former Mayor of Southwark Bob Skelly represented the borough at the Remembrance Sunday service on the decks of HMS Belfast.

At 11am wreaths were also laid at the war memorials outside St John's Waterloo and St George's Cathedral.

At lunchtime on Sunday the Soviet War Memorial in Geraldine Mary Harmsworth Park was the setting for a wreath-laying ceremony attended by the Mayor of Southwark, Simon Hughes MP and diplomatic representatives of the Russian Federation, the United States of America and several former Soviet republics.

The ceremony was also attended by Serge Setterahmane, deputy mayor of Clichy-la-Garenne (Southwark's twin town in France) and the chief executive Linda Maguarian.

On Saturday night the Clichy guests were entertained at Nolias 11 jazz club and gallery in Southwark Street where they viewed George Johnson's exhibition A Lifetime in Art.

On Friday the Dean of Southwark, Very Revd Andrew Nunn, was the preacher at City Hall's annual Remembrance service. The service was led by Canon Giles Goddard, parish priest of St John's Waterloo and chaplain to the City Hall branch of the Royal British Legion.

Also on Friday staff and students of King's College London gathered at the Memorial Arch at Guy's Hospital for a wreath-laying ceremony.

A further ceremony was held on Sunday at the Special Operations Executive memorial on Albert Embankment.