The Mayor of Southwark and representatives of local organisations laid wreaths at the Borough War Memorial in Borough High Street on Sunday morning. 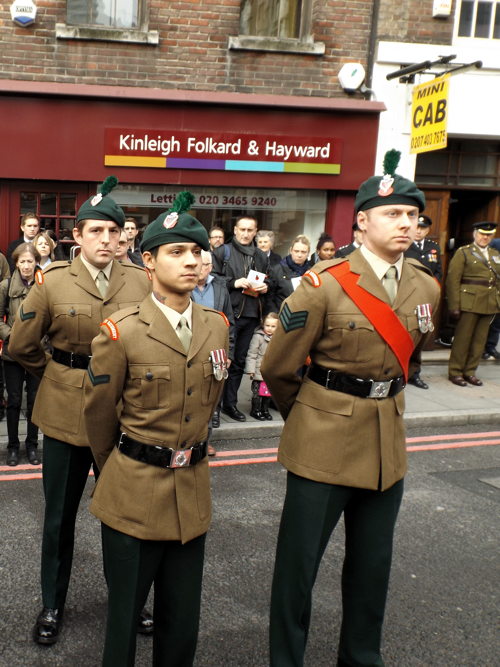 The parade in Borough High Street 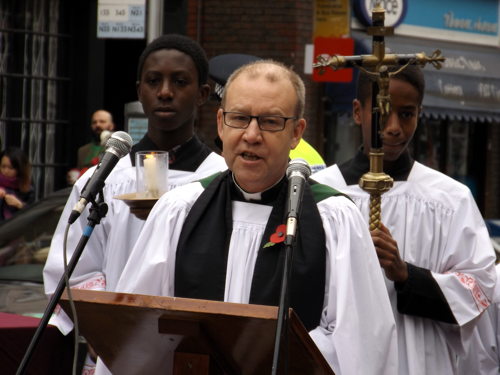 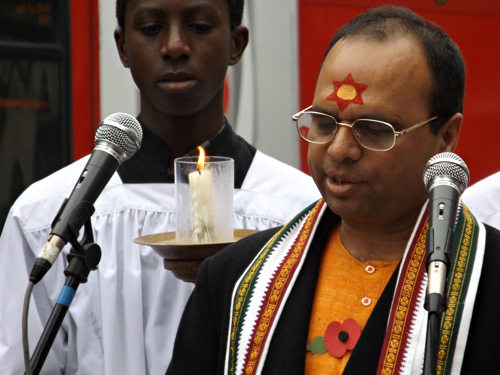 Pandit Sunil Pathak, spiritual advisor to the Mayor of Southwark 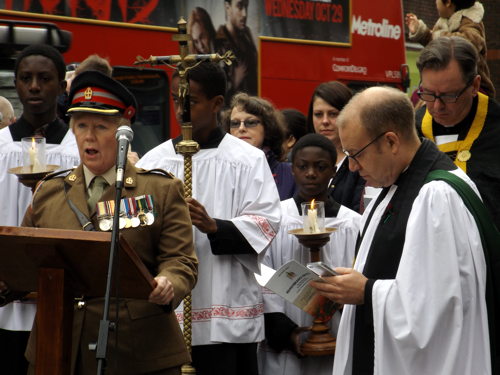 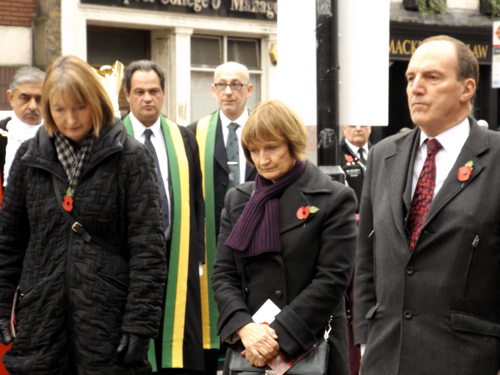 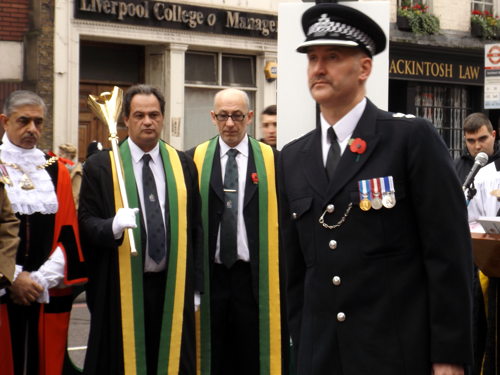 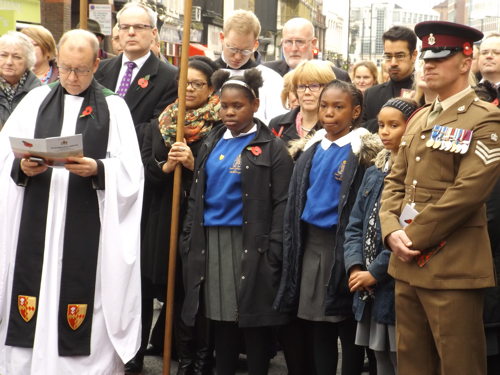 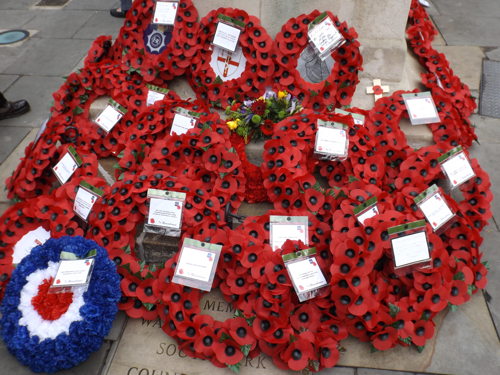 Wreaths at the memorial in Borough High Street 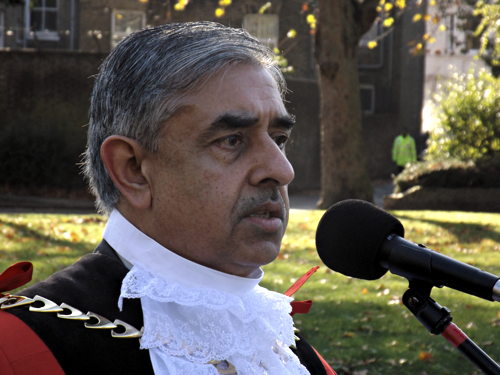 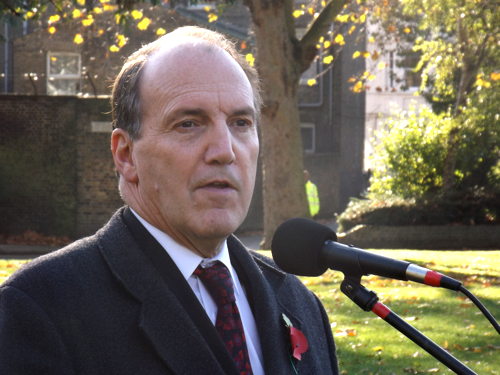 Manuel Allamellou, deputy mayor of Clichy-la-Garenne with which Southwark is twinned For many years the former town hall in Walworth Road was the focus of the borough's Remembrance Sunday observances but the fire at that building in 2013 means that Borough High Street now hosts the main civic gathering.

The St Saviour's war memorial was rededicated earlier this year after restoration work.

The service was led by Very Revd Andrew Nunn, Dean of Southwark, together with Fr Christopher Pearson from the Church of the Precious Blood and Revd Jonathan Sedgwick from St George the Martyr.

MPs Simon Hughes, Harriet Harman and Dame Tessa Jowell took part in the ceremony, along with leaders of the the three party groups on the council.

After the Borough High Street event the civic party moved to Geraldine Mary Harmsworth Park for an act of remembrance at the Soviet War Memorial.

Wreaths were laid by Southwark civic representatives and diplomats from the former Soviet republics.

In the Anglican Southwark Cathedral, members of the Volunteer Police Cadets took part in the Remembrance Sunday Choral Eucharist.

Cllr Ben Kind joined the congregation of St John's Waterloo for the wreath-laying at the war memorial outside the church.

On Albert Embankment Cllr Jennifer Mosley laid a wreath in front of the bust of Violette Szabo.