A new Premier Inn hotel at the former General Lying-In Hospital in Waterloo was opened this week by employment minister Mark Hoban MP. 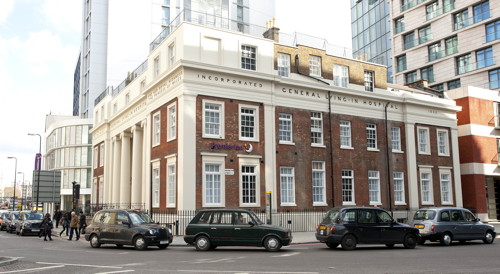 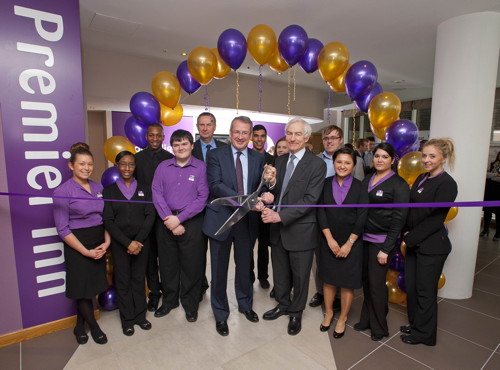 The former maternity hospital in York Road is Premier Inn's 650th hotel worldwide and its fifth in SE1.

It is nearly five years since Whitbread first announced plans for the new hotel which was owned by Guy's and St Thomas' NHS Foundation Trust until 2007.

The 234-room hotel occupies the listed hospital building as well as a new block constructed on the site of the former nurses' residence next door.

Premier Inn says that more than 750 people applied for the 40 jobs at the new hotel, around half of which have gone to those between the ages of 16 and 24 and long-term unemployed.

"Indeed, 250 years ago, our founder Sam Whitbread started out in business on a seven-year brewing apprenticeship.

"It's tough in today's climate for young people to get into the workplace and find a job that offers them a chance to get on. We have a target of recruiting half of all our new employees from the long term unemployed.

Employment minister Mark Hoban said: "Premier Inn has a great record of giving opportunities to jobseekers, offering jobs to 1,100 in 2012, many of whom were unemployed young people.

"I'm delighted to hear that Premier Inn plans to build on this, and has pledged today to give opportunities to 500 young people through our apprenticeship scheme.

"Theirs is an example that I hope other companies will follow."

20-year-old Jack Cowley, who lives in Westminster and had been out of work for five months, has just joined the team at Premier Inn London Waterloo (Westminster Bridge). He said: "I really love working for Premier Inn because I feel like part of a team that will help me to develop. I have already learned skills that will help me inside and outside work.

"Our team had three weeks of training, which was really enjoyable and it has made me want to work in hospitality as a career.

"My operations manager discussed the apprenticeship programme with me and I have decided to sign up for it because I want to learn new skills that are specific to hospitality."

The new hotel is decorated with archive images of the General Lying-In Hospital.