Boxer Sir Henry Cooper, who in 2008 was honoured with a blue plaque outside the Thomas a Becket pub in Old Kent Road, has died at the aged of 76. 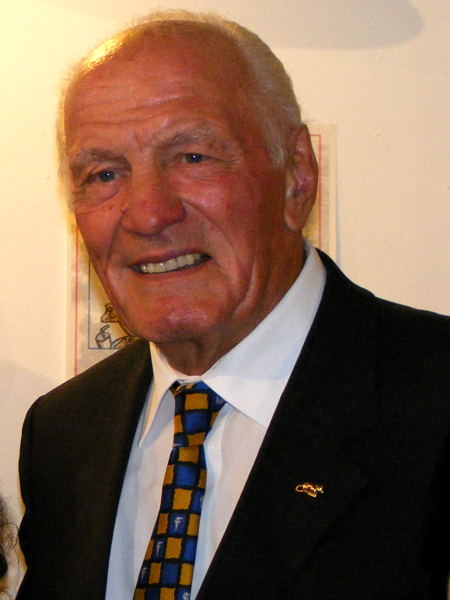 Sir Henry Cooper at the Thomas a Becket in 2006

Cooper claimed that he and his twin brother were born at the General Lying-in Hospital in York Road where one of the nurses looked at the babies and commented "They're a proper little Henry and George".

Henry described himself as an 'Elephant' boy because his half-Irish grandfather bought and sold at the Elephant & Castle horse market.

But Sir Henry was most associated with the Thomas a Becket pub in the Old Kent Road where he trained in the 1960s and 1970s. It was there in the pub's gym that in 1963 he prepared for the big match with Muhammad Ali.

Henry Cooper returned to Southwark in 2008 to unveil his own blue plaque.

Then in use as an art gallery, the Thomas a Becket has just reopened as a bar.

Bermondsey-born boxer David Haye used his Twitter account to pay tribute to "one of Britain's greatest sportsmen", describing Cooper as "a true warrior and great human being".