Three men have been jailed for a total of 21 and a half years after they were identified and arrested following an appeal by Lambeth detectives on the BBC's Crimewatch programme in April. 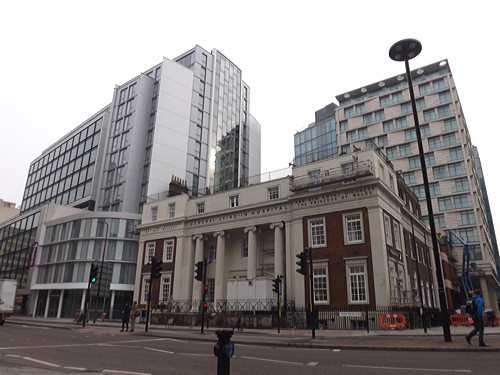 18-year-old Joseph Tanti of South Croydon was sentenced to nine years' imprisonment, with a three year extended licence at the conclusion of the sentence after pleading guilty to attempted grievous bodily harm.

Sermet Hassan, 19, of Deptford was found guilty on Wednesday 8 October of robbery and attempted GBH following a three-day trial at the Inner London Crown Court. He was sentenced to five years' imprisonment on each count, to run concurrently.

18-year-old Morgan Stripling of South Croydon was sentenced to seven and a half years' imprisonment after pleading guilty to attempted GBH.

Sentencing the men, the judge commented that "the victim is lucky to have survived the attack" and "the defendants showed total savagery and a disregard for life".

Police were called in the early hours of Sunday 2 March by hotel staff at the Premier Inn London Waterloo (Westminster Bridge) hotel at the former General Lying-In Hospital in York Road after a man was violently assaulted in the hotel lobby by three men.

When detectives began their investigation, they discovered that the victim – a 27-year-old man – had been approached by the three suspects in York Road. The victim, realising that they were preparing to try and rob him, decided to try and take refuge in the hotel lobby.

The hotel door at did not open and the men surrounded the victim and threatened to stab him if he did not hand his phone over.

The victim tried to strike out at one of the suspects, but was unable to get away and the three men began to assault him.

At this point, the hotel door opened and the victim tried to escape into the hotel lobby, but the three men followed him, where they launched into a violent attack, striking him several times over the head with a skateboard.

The victim fell to the floor and the three men continued to assault him, directing kicks and punches at him.

The whole attack was captured on the hotel's CCTV and detectives saw Tanti return to the victim who at that point was lying on the floor unconscious, and stamp on his head several times, before Hassan took an iPod from his pocket.

Police and the ambulance service arrived shortly after they were called by hotel staff and the victim was rushed to hospital in a serious condition and although discharged later the same day was readmitted to hospital a couple of days later due to dizziness and memory loss.

Although police could see the attack clearly on the CCTV footage, they did not know the identity of the three suspects. Officers turned to the BBC Crimewatch programme for help in appealing for information to identify the men involved and the appeal aired on 28 April.

Several calls were received during and after the programme. Hassan handed himself into a police station the same evening and Tanti was also arrested a week later after presenting himself at a police station with his solicitor.

From information received detectives also identified Stripling as the third suspect involved in the attack.

He was eventually located and arrested by police on 22 July.

"This was one of the most violent and frenzied assaults that I have ever seen," said Detective Constable Jamie Keane.

"The three of them were intent on causing serious harm to the victim who was simply walking back home from a night out in central London.

"Even eight months on from the attack, the victim is still suffering from the effects of the attack, both physically and psychologically, but I hope that today's sentence will help him start to move on from this terrible ordeal."