The new Archbishop of Canterbury visited Bankside, Borough Market and Southwark Cathedral on Saturday afternoon as part of his Journey in Prayer around southern England in the week leading up to his enthronement next Thursday. 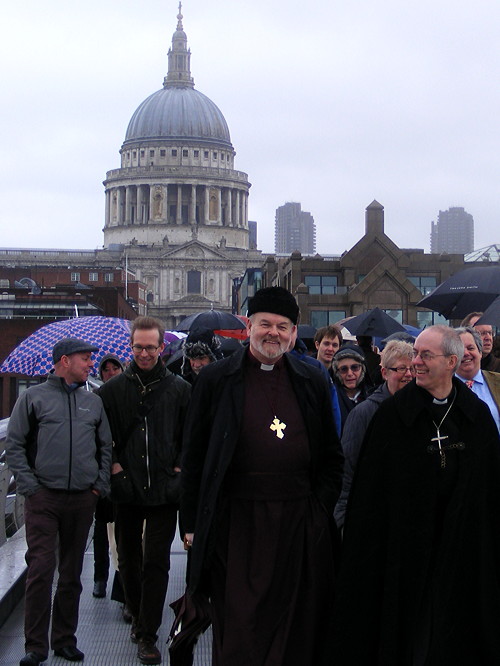 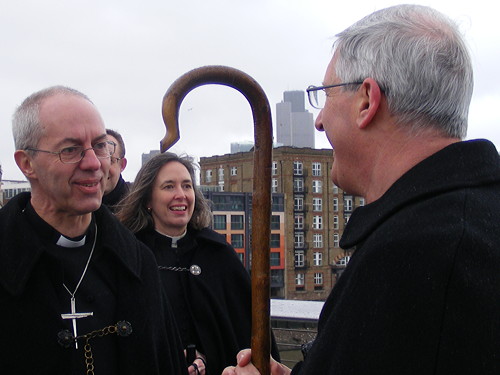 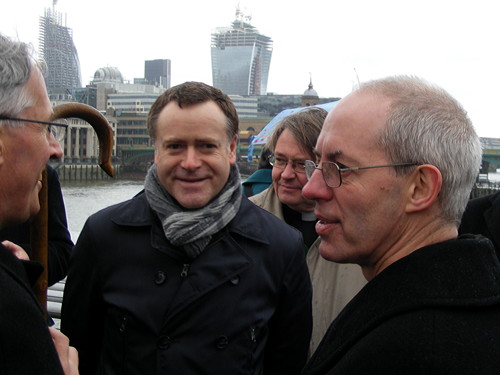 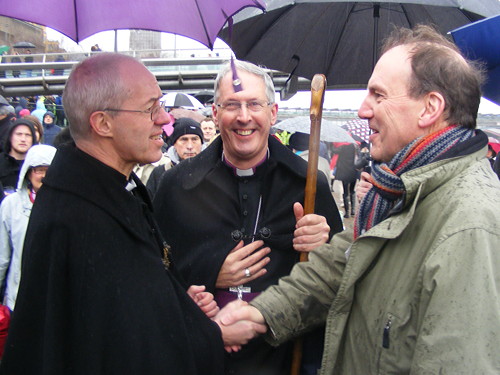 Simon Hughes MP welcomed the Archbishop to his constituency 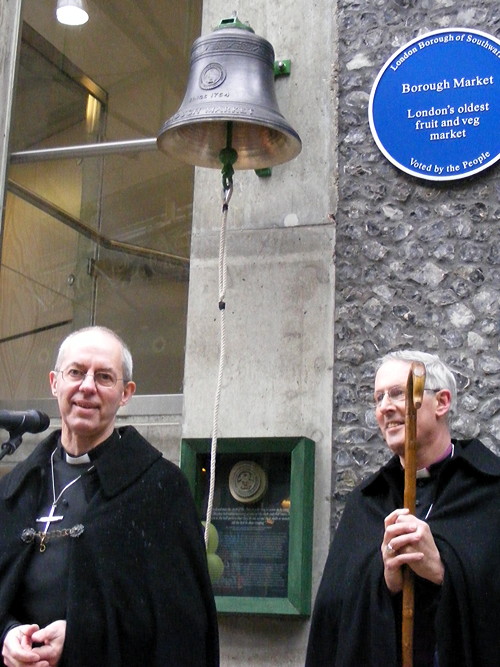 The Archbishop, who will be enthroned in Canterbury Cathedral next Thursday, is touring the southern province of the Church of England as he begins his public ministry.

The Most Revd Justin Welby spent the morning in prayer at St Paul's Cathedral before the Bishop of London, Rt Revd Richard Chartres, led him to the Millennium Bridge.

On the bridge he was greeted by the Bishop of Southwark, Rt Revd Christopher Chessun.

Waiting for the Archbishop at the Bankside end of the bridge was a choir from the Zimbabwe Mothers' Union.

Also on hand to greet him were the area bishops of Woolwich, Kingston and Croydon, Southwark Council leader Peter John and local MP Simon Hughes.

The Master of the Worshipful Company of Glaziers, based at Glaziers Hall in Southwark, was also present, along with a group of pupils from Trinity School Lewisham.

The Archbishop made his way along Bankside to Borough Market where he rang the new market bell and said a prayer.

He spent the afternoon in prayer at Southwark Cathedral. Ecumenical guests attended a short service to mark the end of the day's events.

The Roman Catholic Archbishop of Southwark Peter Smith, addressing the new Anglican Archbishop, said: "We are very pleased to hear of your appointment and we are celebrating our appointment of Francis. There's a feeling within all the churches that this is the beginning of a new time.

"I was pleased that you and Pope Francis have emphasised that we have to be a prayerful people."

Archbishop Smith said that he was delighted to be there to pray with Justin Welby and for him.

Also present were Torbjřrn Holt from the Norwegian Church at Rotherhithe and Coptic Metropolitan Seraphim of Glastonbury.

The Welby family has already moved into Lambeth Palace, the London residence of the Archbishop of Canterbury.