A large crowd gathered at the Soviet War Memorial in Geraldine Mary Harmsworth Park on Thursday morning for the annual Victory Day act of remembrance. 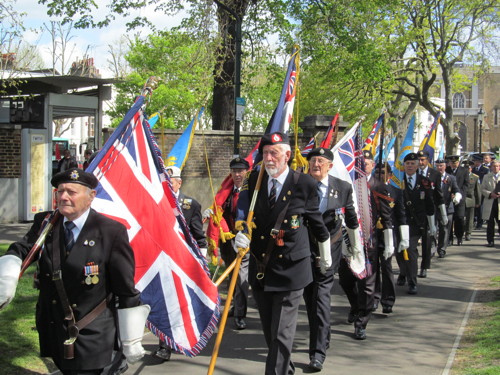 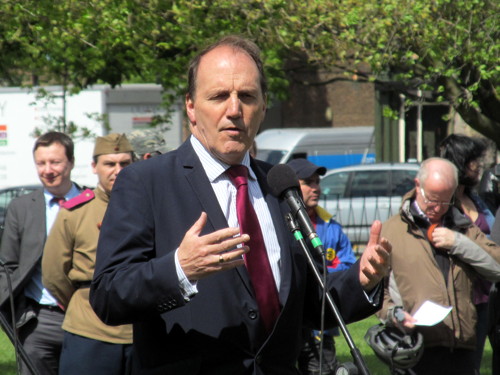 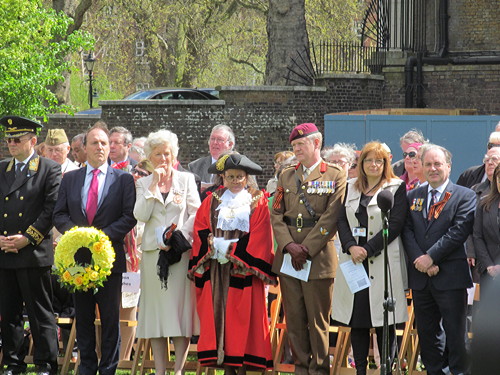 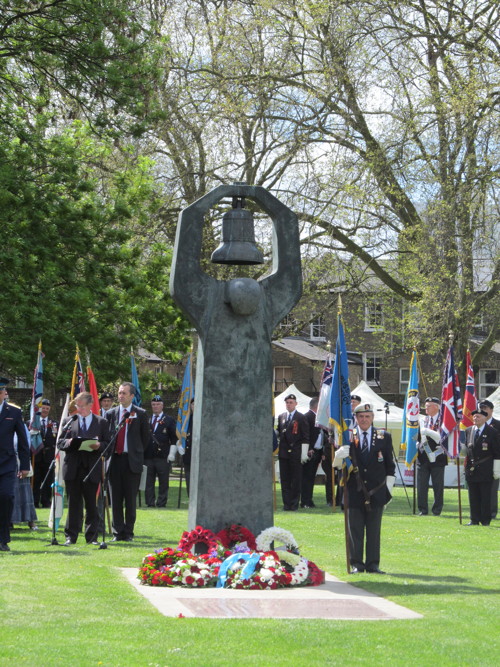 The event – which marks the anniversary of the end of World War II in Europe – is one of three annual commemorations organised by the Soviet Memorial Trust Fund. The sculpture in Geraldine Mary Harmsworth Park recalls the sacrifice of the 27 million citizens of the former USSR who died in the conflict.

Speeches were given by the Mayor of Southwark Cllr Althea Smith, the Russian ambassador HE Vladimirovich Yakovenko and Simon Hughes MP.

In her speech the Mayor highlighted the plans for a large-scale Armed Forces Day parade in the borough on Sunday 30 June.

Wreaths were also laid by representatives of the embassies of many of the former Soviet republics, as well as those representing the Ministry of Defence and the embassy of the United States of America.

The crowd applauded the news that since the last Victory Day event those who participated in the Arctic Convoys have been recognised with official medals.

Music was provided by pupils of the Russian Embassy School.

Later in the day veterans will gather at HMS Belfast for a a further Anglo-Russian event.

The Victory Day events in Southwark will conclude with a free concert at Hay's Galleria featuring a performance of the 1812 Overture with live cannon fire from HMS Belfast.