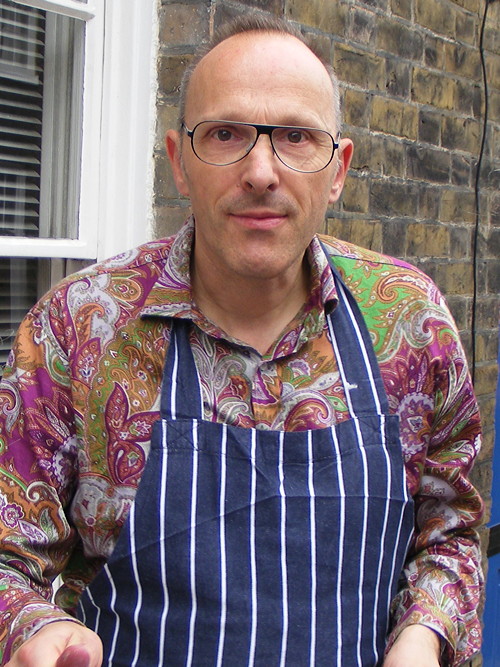 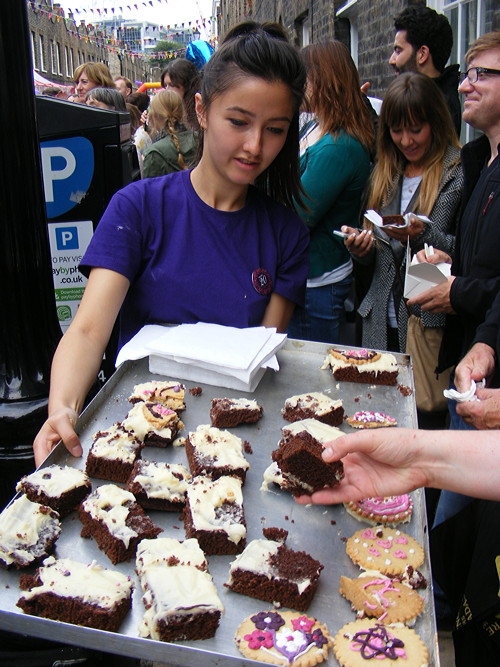 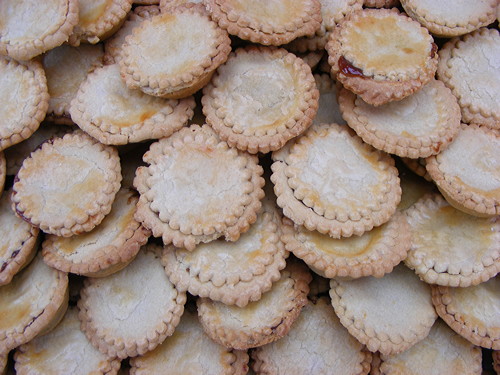 The shop and bakery on the corner of Cornwall Road and Roupell Street was for many years a newsagents and briefly the Queen of Hearts cake shop before Gerhard Jenne opened Konditor & Cook in 1993.

"We wouldn’t let the moment pass without proper celebration," said Gerhard who arranged for Roupell Steet to be closed to traffic on Sunday afternoon.

A bouncy castle was placed at the Windmill Walk crossroads where the King's Arms supplied a Pimm's Bar.

During the afternoon a more than life size cake doll, London's first and called Ms K & C, was decorated with biscuits. Tables and chairs were set out alongside fake grass for residents, friends and employees past and present to enjoy a hog roast and later cream teas.

The lemon meringue bobbing contest proved so messy that contestants, including Gerhard, had to have a wash and change. The afternoon ended with the founder serving giant pieces of chocolate cake to passers-by.

Konditor & Cook's cakes have become famous and the shop praised by many including Delia Smith and Nigella Lawson.